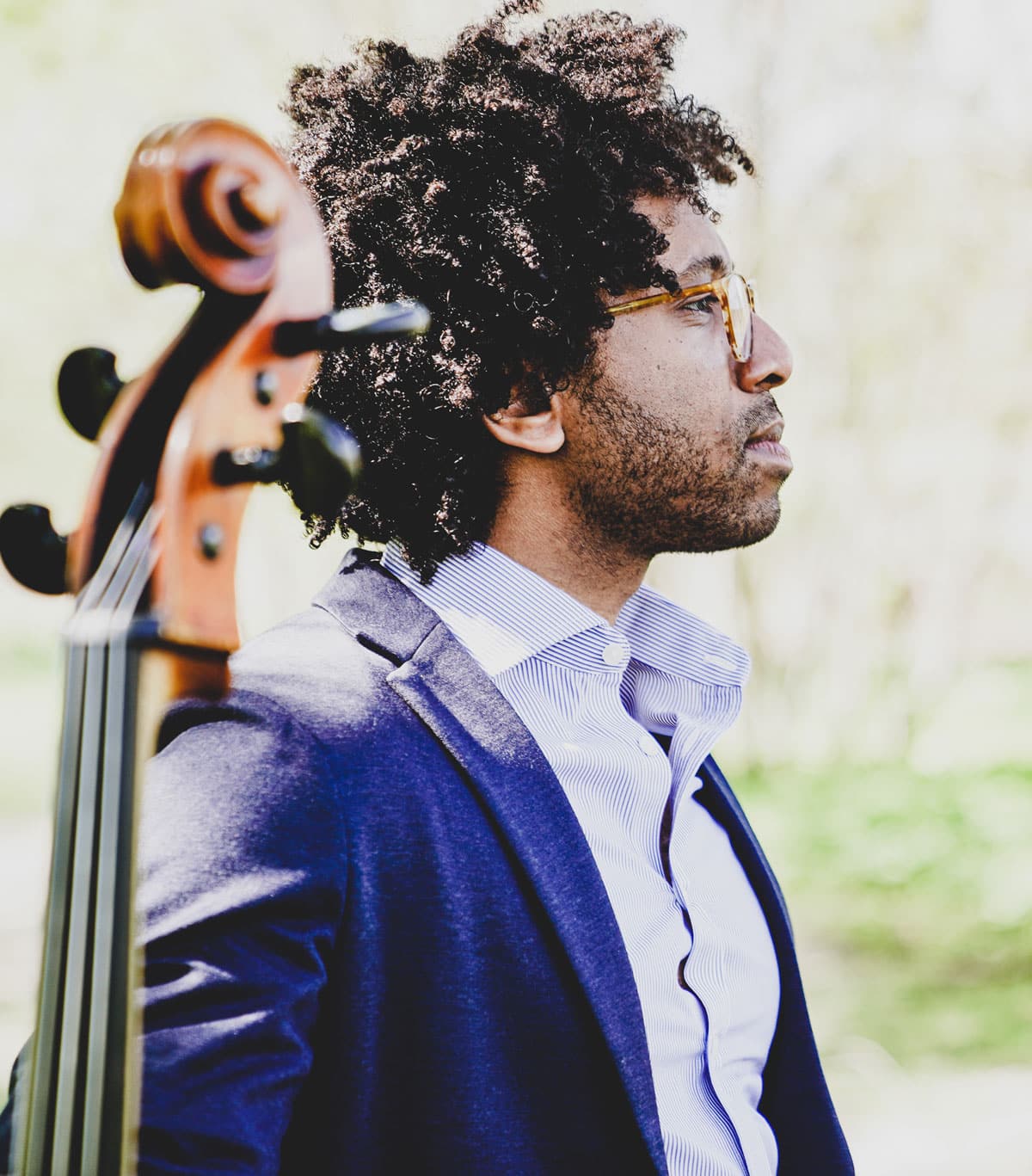 Hailed by The Guardian as “a cellist of power and grace” who possesses “mature artistry and willingness to go to the brink,” cellist Seth Parker Woods has established his reputation as a versatile artist and innovator across multiple genres. His projects delve deep into our cultural fabric, reimagining traditional works and commissioning new ones to propel classical music into the future. Woods is a recipient of the 2022 Chamber Music America Michael Jaffee Visionary Award.

In the 2022-2023 season, Woods premieres a new version of his evening-length, multimedia tour de force Difficult Grace at 92Y, UCLA, and Chicago’s Harris Theater; curates and performs a program honoring the centennial of composer George Walker at The Phillips Collection in Washington D.C.; premieres Freida Abtan’s My Heart is a River, commissioned by the Seattle Symphony; and performs a world premiere by Anna Thorvaldsdottir at Carnegie Hall as part of Claire Chase’s Density Series. The Great Northern Festival in Minneapolis will present Woods in his critically acclaimed performance installation, Iced Bodies, in which Woods, in a wetsuit, plays an obsidian ice cello.

Recital appearances this season include concerts with pianist Andrew Rosenblum at Dumbarton Oaks in D.C., Boston's Isabella Gardner Museum, and The Wallis Annenberg Center in Beverly Hills, and a return to his former home Brussels for a solo recital at Das Haus. He also tours to Washington Performing Arts, Krannert Center, Stanford Live, California Center for the Arts, Count Basie Center for the Arts, Auburn University, and Emory University with the Chad Lawson Trio. In addition, Woods will hold residencies at Montclair State University and Oberlin Conservatory. The season will also see the release of a new solo album on Cedille Records and the soundtrack of the PBS documentary The U.S. and the Holocaust – a film by Ken Burns, Lynn Novick, and Sarah Botstein – to which Woods contributed.

His debut solo album, asinglewordisnotenough (Confront Recordings-London), has garnered great acclaim since its release in November 2016 and has been profiled in The New York Times, Chicago Tribune, LA Times, The Guardian, 5against4, I Care If You Listen, Musical America, Seattle Times, and Strings Magazine, amongst others.