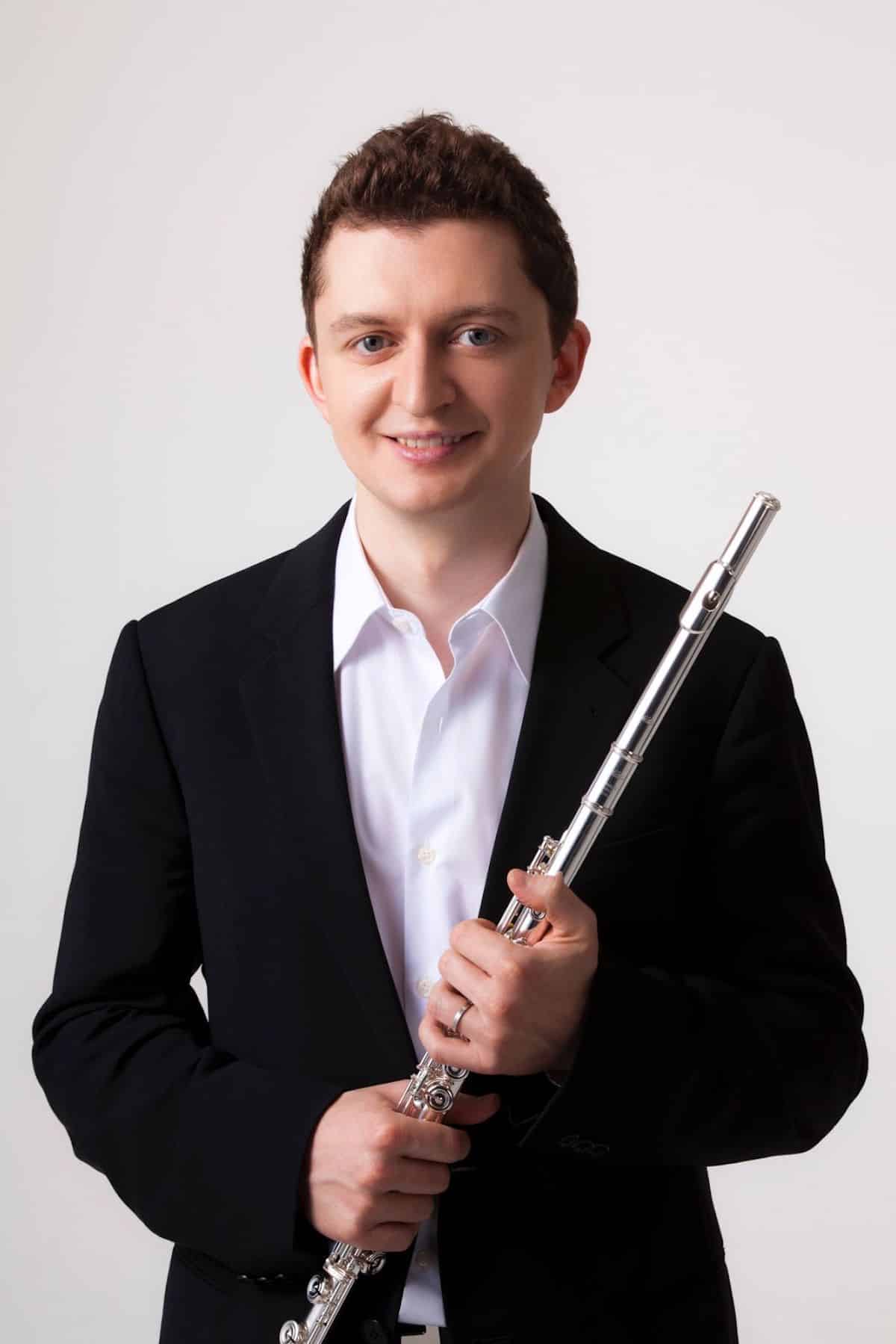 Established as one of the world’s leading flute soloists, Denis Bouriakov was the winner of the 2009 Prague Spring competition, and prize winner at most major international flute competitions, including the Nielsen, Munich ARD, Kobe, Rampal, Nicolet, Larrieu, and others. Denis Bouriakov is currently the Principal Flutist of the Los Angeles Philharmonic, appointed by Gustavo Dudamel in 2015, and has previously served as the Principal Flute of the Metropolitan Opera in New York under James Levine. Mr. Bouriakov has been combining orchestral and solo careers, regularly performing concertos and recitals worldwide. He has collaborated as a soloist with many prominent conductors, including Valery Gergiev, Daniel Harding, and Gustavo Dudamel.

With his phenomenal virtuoso technique and musicianship, Mr. Bouriakov looks outside the standard flute repertoire for works that would allow the flute to shine, continually transcribing and performing violin concertos and sonatas, and expanding the limits of flute technique and artistry. A number of his arrangements have been published by Theodore Presser, with a few in the works. Additionally, some of them are available as free downloads on his website. His first solo CD, featuring the Bach Chaconne, Sibelius Violin Concerto, and other daring original arrangements, was released in 2009 and followed by a number of other solo albums over the years.Mr. Bouriakov's upcoming CD release, in collaboration with the Lithuanian Chamber Orchestra, features Romantic-era violin and flute concertos such as the Mendelssohn Violin Concerto. In addition to his commercially released solo albums, he has published hundreds of videos of live performances from recitals and concertos on his YouTube and IGTV channels.

Denis Bouriakov has held a full-time teaching position at the University of California, Los Angeles since 2017, alongside his fellow-flutist wife, Erin, who shares his enjoyment of collaborative teaching and duo performing. In 2018 he was appointed Visiting Professor of Flute to his alma mater, the Royal Academy of Music in London. The Academy previously awarded Denis the prestigious titles of Associate and Fellow of the Royal Academy of Music in 2006 and 2014, respectively. Denis leads many masterclasses for conservatories and universities worldwide and teaches many courses in Germany and Japan. Mr. Bouriakov has been on the faculty of the Verbier Festival in Switzerland and the Pacific Music Festival in Japan, both of which he had participated in as a student. Additionally, he has been invited to adjudicate many international competitions. In 2019, Mr. Bouriakov was appointed chairman of the woodwind jury by Valery Gergiev for the prestigious XVI Tchaikovsky International Competition.

Mr. Bouriakov was born in Simferopol, Crimea, and was a prodigy flutist from a young age. At the age of 10, he was admitted to the Moscow Central Special School, where he studied with the famous Professor Y.N. Dolzhikov, the only French-trained professor in USSR. With the support of the “New Names” International Charity Foundation and the Vladimir Spivakov Foundation, he toured as a young soloist in over 20 countries in Europe, Asia, South America, and the USA, performing for Pope John Paul the Second, Prince Michael of Kent, and the presidents of Russia, Romania, and Indonesia. When he turned 18, Mr. Bouriakov went on to attend the Royal Academy of Music in London, studying with Professor William Bennett, OBE.