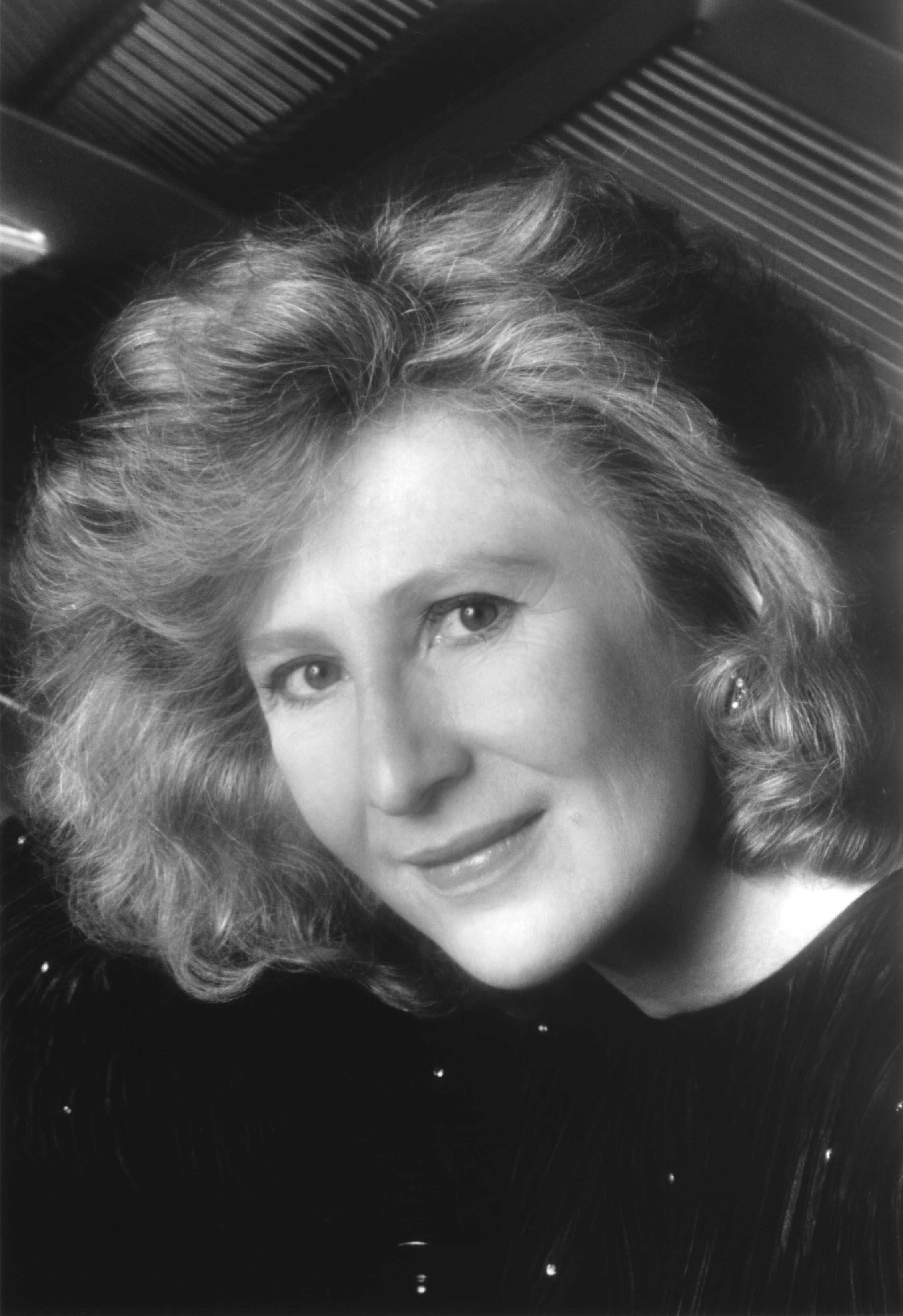 Ursula Oppens, a legend among American pianists, is widely admired particularly for her original and perceptive readings of new music, but also for her knowing interpretations of the standard repertoire. No other artist alive today has commissioned and premiered more new works for the piano that have entered the permanent repertoire.

A prolific and critically acclaimed recording artist with five Grammy nominations, Ms. Oppens most recently released a new recording of Frederic Rzewski’s The People United Will Never Be Defeated, nominated for a Grammy in 2016, and Piano Songs, a collaboration with Meredith Monk. To be released in 2021 with Cedille Records, Ms. Oppens has recorded a CD of solo, chamber, and orchestral works by Laura Kaminsky. Earlier Grammy nominations were for Winging It: Piano Music of John Corigliano; Oppens Plays Carter; a recording of the complete piano works of Elliott Carter for Cedille Records (also was named a “Best of the Year” selection by The New York Times long-time music critic Allan Kozinn); Piano Music of Our Time featuring compositions by John Adams, Elliott Carter, Julius Hemphill, and Conlon Nancarrow for the Music and Arts label, and her cult classic The People United Will Never Be Defeated by Frederic Rzewski on Vanguard.  Ms. Oppens recently added to her extensive discography by releasing a two-piano CD for Cedille Records devoted to Visions de l’Amen of Oliver Messiaen and Debussy’s En blanc et noir performed with pianist Jerome Lowenthal.

On February 2, 2019, Ms. Oppens performed a recital at Merkin Concert Hall for a celebration of her 75th birthday, inaugurating the Kaufman Music Center’s newest series, Only at Merkin with Terrance McKnight. Her program showcased all works written for her by Elliott Carter and John Corigliano, and gave the world premiere of a piano quintet by Laura Kaminsky—commissioned by the pianist for the occasion with production support from the Newburgh Institute for The Arts & Ideas—alongside the Cassatt String Quartet and Tobias Picker’s Ursula for solo piano, a birthday present for his dear friend and collaborator.

As an orchestral guest soloist, Ms. Oppens has performed with virtually all of the world’s major orchestras, including the New York Philharmonic, the Boston Symphony Orchestra, the Los Angeles Philharmonic, the American Composers Orchestra, the Boston Modern Orchestra Project (BMOP), and the orchestras of Chicago, Cleveland, San Francisco, and Milwaukee. Abroad, she has appeared with such ensembles as the Berlin Symphony, Orchestre de la Suisse Romande, the Deutsche Symphonie, the Scottish BBC, and the London Philharmonic Orchestras.  Ms. Oppens is also an avid chamber musician and has performed with the Arditti, Cassatt, JACK, Juilliard, and Pacifica quartets, among other chamber ensembles.

Ursula Oppens is a Distinguished Professor of Music at Brooklyn College and the CUNY Graduate Center in New York City; she also joined the faculty of Mannes College, The New School, in fall 2017. In 2019, Ms. Oppens was awarded an Honorary Doctorate from The New England Conservatory. From 1994 through the end of the 2007-08 academic year she served as John Evans Distinguished Professor of Music at Northwestern University in Evanston, IL.  In addition, Ms. Oppens has served as a juror for many international competitions, such as the Bachauer, Busoni, Concert Artists Guild, Young Concert Artists, Young Pianists Foundation (Amsterdam), and Cincinnati Piano World Competition.