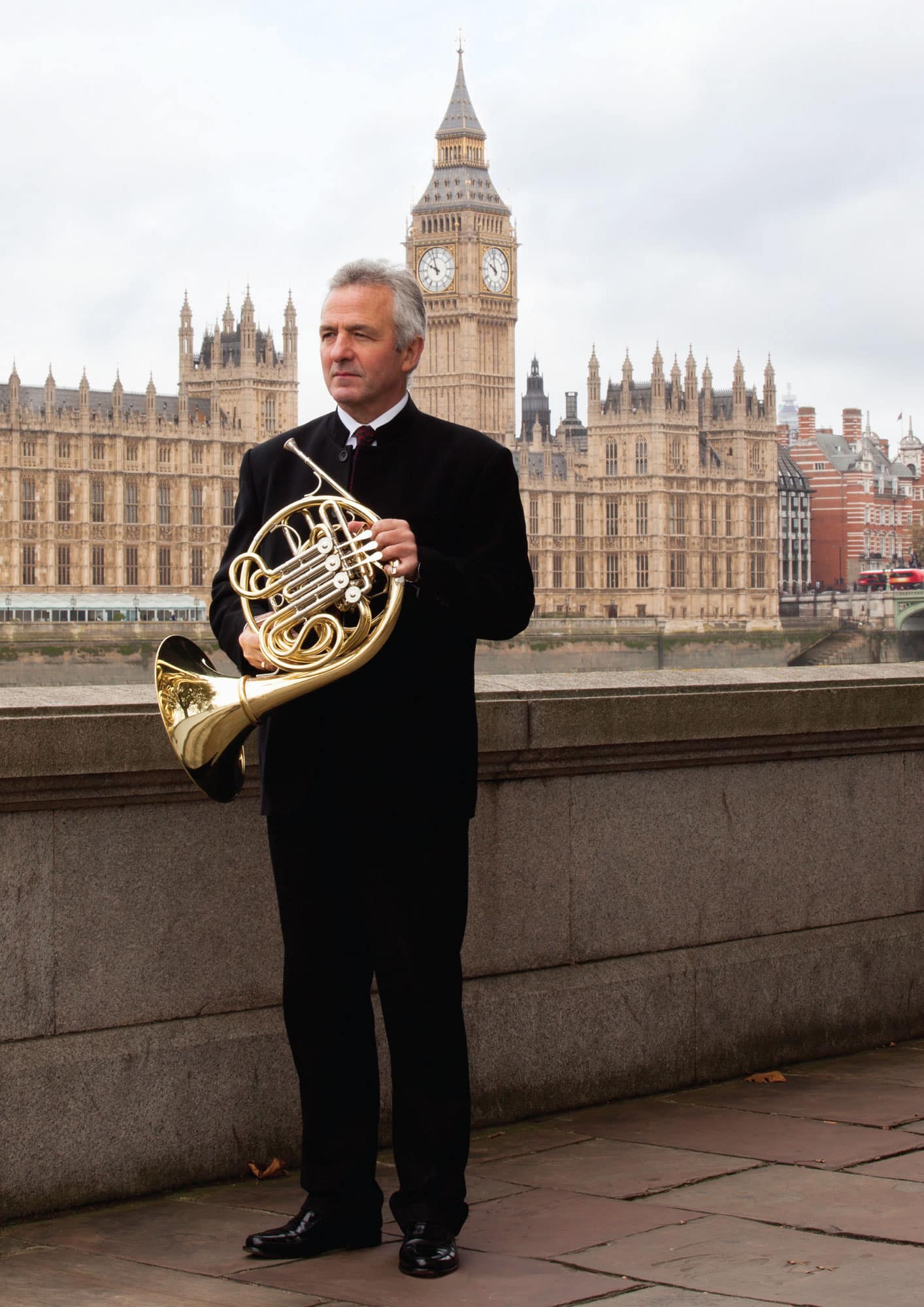 Mr. Jones is one of the most sought-after horn players of his generation. He is currently Principal Horn of the London Symphony Orchestra, a position he has held since 1986.

Working with many of the most prominent conductors spanning over 35 years in his career. Mr. Jones started playing the horn at the age of 15 and 2 years later won a position playing in the Munich Philharmonic at the age of 17. Having been invited to play solo horn with many of the world`s greatest orchestras including the Berlin Philharmonic and the Vienna Philharmonic,  Mr. Jones has also held positions with the City of Birmingham Symphony Orchestra and the Academy of St. Martins in the Fields.

Mr. Jones has appeared as a soloist at many of the worlds most prestigious venues and Festivals including the Salzburg Festival, the Pacific Music Festival and many international halls including the Royal Festival Hall, the Barbican Hall and the Schausspielhaus in Berlin. His recording of the Kenneth Fuchs Horn Concerto premiered and recorded with the London Symphony Orchestra, was nominated for a Grammy Award.

Mr. Jones is Professor of Horn at the Royal College of Music and is  Director and co-owner of the renowned horn company PAXMAN Limited.