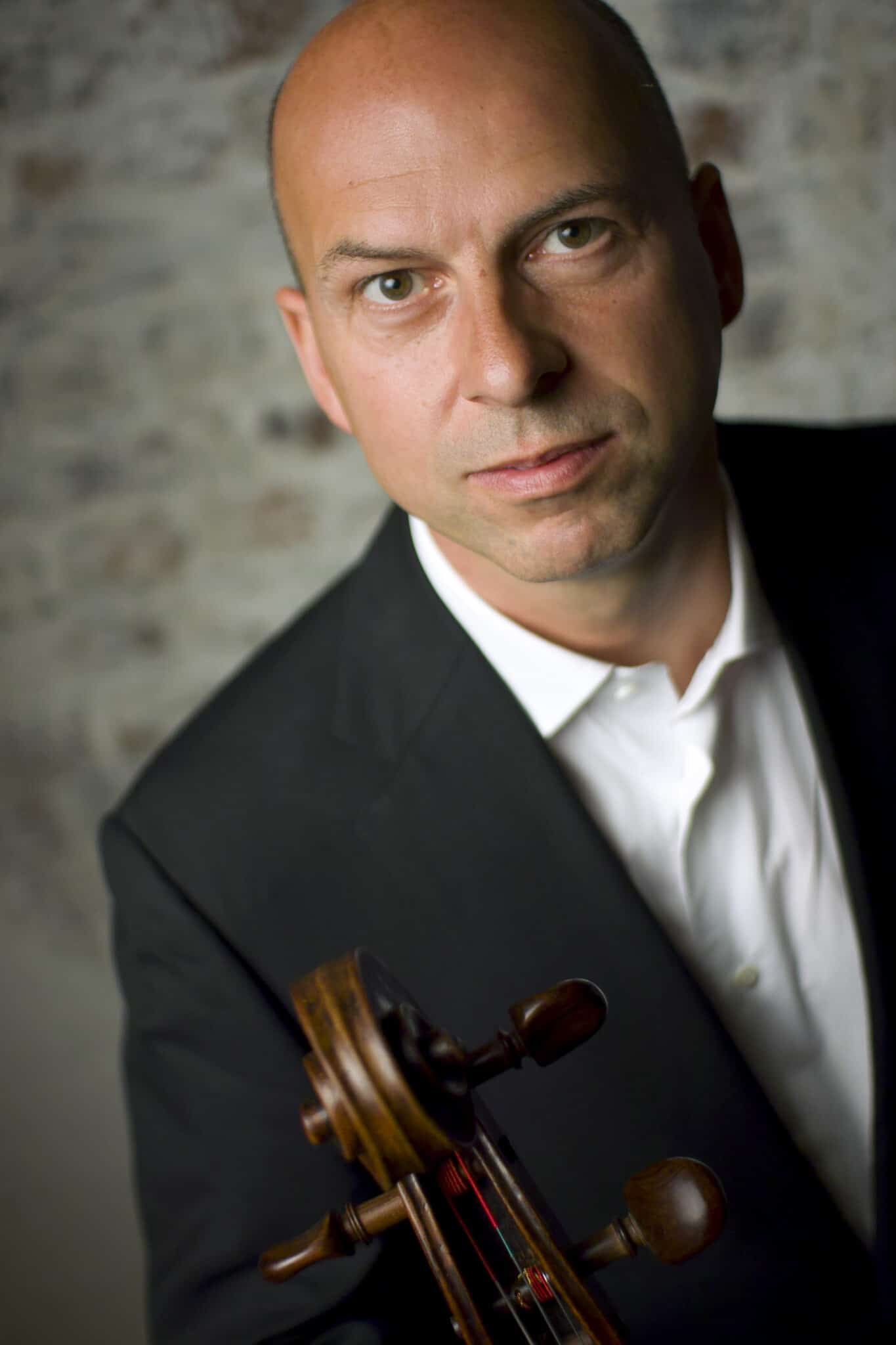 Tim Hugh is the Principal Cello of the London Symphony Orchestra. Following his success at the Tchaikovsky Competition in Moscow, Tim enjoys an international career as a soloist. He has worked and recorded with many of the greatest conductors including Valery Gergiev, André Previn, Bernard Haitink, Mstislav Rostropovich, Yehudi Menuhin, Daniel Harding, Sir Colin Davis, Sir Andrew Davis, François-Xavier Roth, Myung-Whun Chung, and Yan Pascal Tortelier.

Tim studied at Yale with Aldo Parisot, and later with William Pleeth and Jaqueline du Pré whilst gaining his MA in Medicine and Anthropology at St Johns College, Cambridge. An interest in contemporary music led to performances of Boulez’ Messagesquisse, Dutilleux’s Tout un monde lontain, Britten’s Cello Symphony, and Hugh Wood’s Cello Concerto, all at the BBC Proms. As solo cellist with the LSO he has performed Strauss Don Quixote, and Elgar, Shostakovich, Haydn, Dvořák, Messiaen and Walton concertos. He has also performed the Elgar, Brahms, Saint-Saëns, Emil Tabakov, and Ahmet Adnan Saygun concertos across the world, the last two also recorded and recently released. He gave the UK, German, and Dutch premieres of the Tishchenko Cello Concerto with the LSO and Valery Gergiev.  His performance of Shostakovich 2nd concerto with St Petersburg SO is on YouTube.

He has given recitals in London, New York, Portugal, Beirut, and has recorded much of the piano trio repertoire with the Solomon Trio. Other recordings include: Fauré piano quartets as a member of Domus; numerous recital discs, including “Hands on Heart”, live from Wigmore Hall, in memory of his brother Steve; Britten’s three Cello Suites (for both Hyperion and Naxos); concertos by Walton, Bliss, Finzi, Boccherini, Hoffman, Holst, and CPE Bach; and a Bach Cello Suites recording (“the best performance on a modern cello”, BBC Music Magazine). With Haitink, Gordan Nikolitch and Lars Vogt, he recorded the Brahms Double and Beethoven Triple concertos, and is recorded the Beethoven again with Tasmin Little and Howard Shelley as part of Shelley’s Beethoven cycle.