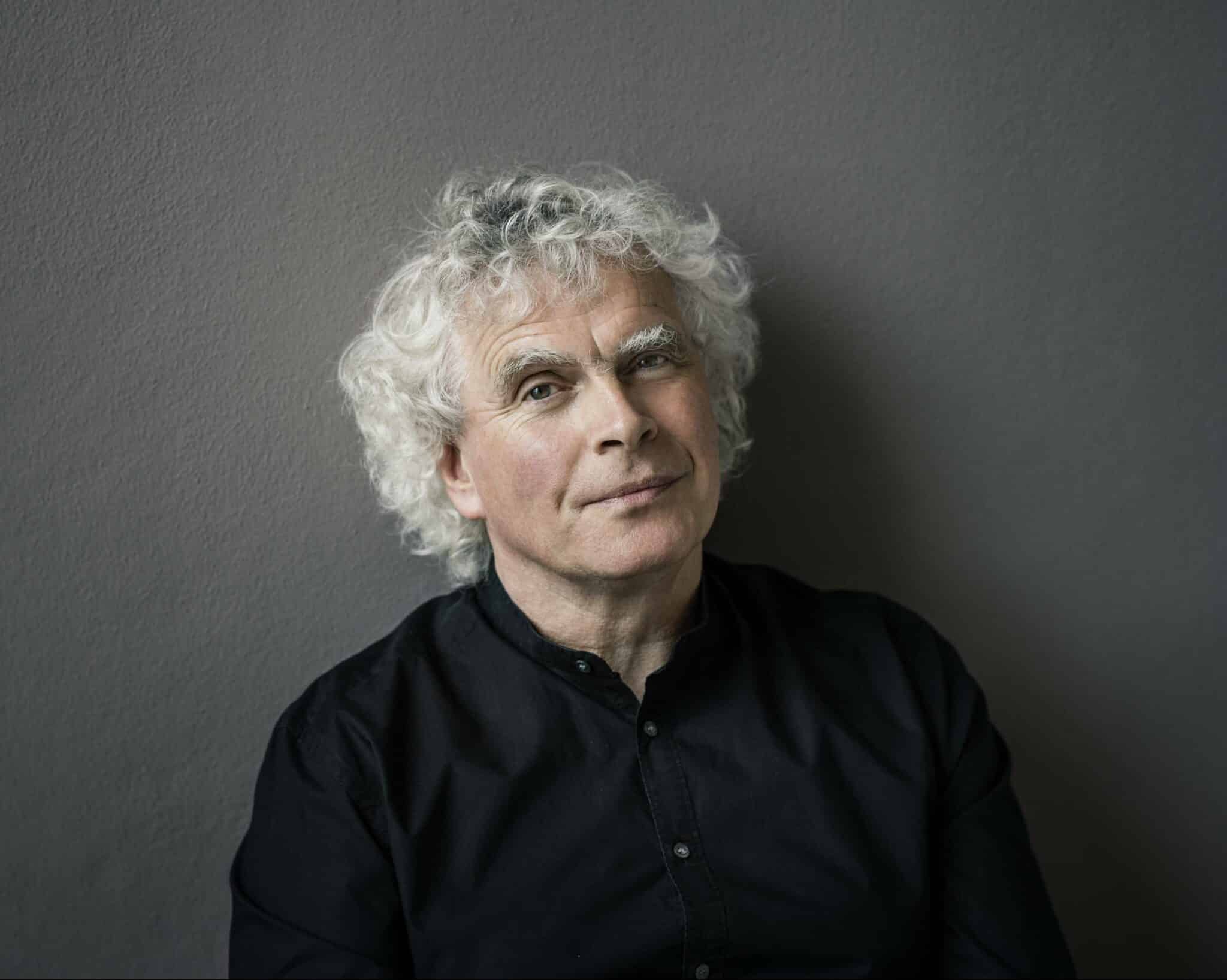 Sir Simon Rattle was born in Liverpool and studied at the Royal Academy of Music.

From 1980 to 1998, Sir Simon was Principal Conductor and Artistic Adviser of the City of Birmingham Symphony Orchestra and was appointed Music Director in 1990. In 2002 he took up the position of Artistic Director and Chief Conductor of the Berliner Philharmoniker where he remained until the end of the 2017-18 season. Sir Simon took up the position of Music Director of the London Symphony Orchestra in September 2017. He will remain in this position until the 2023-24 season, when he will become the orchestra’s Conductor Emeritus. From the 2023-24 season Sir Simon will take up the position of Chief Conductor with the Symphonieorchester des Bayerischen Rundfunks in Munich. He is a Principal Artist of the Orchestra of the Age of Enlightenment and
Founding Patron of Birmingham Contemporary Music Group.

Sir Simon has made over 70 recordings for EMI record label (now Warner Classics) and has received numerous prestigious international awards for his recordings on various labels. Releases on EMI include Stravinsky’s Symphony of Psalms (which received a Grammy Award for Best Choral Performance) Berlioz's Symphonie fantastique, Ravel’s L'enfant et les sortileges, Tchaikovsky’s Nutcracker Suite, Mahler’s Symphony No. 2, Stravinsky’s The Rite of Spring and Rachmaninov’s The Bells and Symphonic Dances, all recorded with the Berliner Philharmoniker. His most recent recordings include Berlioz’ Le damnation de Faust, Helen Grime’s Woven Space, Debussy’s Pelléas et Mélisande , Turnage’s Remembering, and Beethoven’s Christ on the Mountain of Olives, which were all released by the London Symphony Orchestra’s own record label, LSO Live.

Music education is of supreme importance to Sir Simon, and his partnership with the Berliner Philiharmoniker broke new ground with the education programme Zukunft@Bphil, earning him the Comenius Prize, the Schiller Special Prize from the city of Mannheim, the Golden Camera and the Urania Medal. He and the Berliner Philharmoniker were also appointed International UNICEF Ambassadors in 2004 - the first time this honour has been conferred on an artistic ensemble. In 2019 Simon announced the creation of the LSO East London Academy, developed by the London Symphony Orchestra in partnership with 10 East London boroughs. This free program aims to identify and develop the potential of young East Londoners between the ages of 11 and 18 who show exceptional musical talent, irrespective of their background or financial circumstance. Sir Simon has also been awarded several prestigious personal honours which include a knighthood in 1994, becoming a member of the Order of Merit from Her Majesty the Queen in 2014 and was recently bestowed the Order of Merit in Berlin in 2018. In 2019, Sir Simon was given the Freedom of the City of London.

In the 2021-22 season, Sir Simon will conduct the London Symphony Orchestra, Staatskapelle Berlin, the Berlin Philharmonic Orchestra and the Chamber Orchestra of Europe. He will return to the Deutsche Staatsoper Berlin to revive Rameau’s Hippolyte et Aricie, and in the spring will conduct a new production of Janacek’s Makropulos Case. He will tour Europe and the US with the London Symphony Orchestra, and later on in the season will join mezzo-soprano Magdalena Kožená for a chamber music project, where they will tour some of Europe’s major cities.