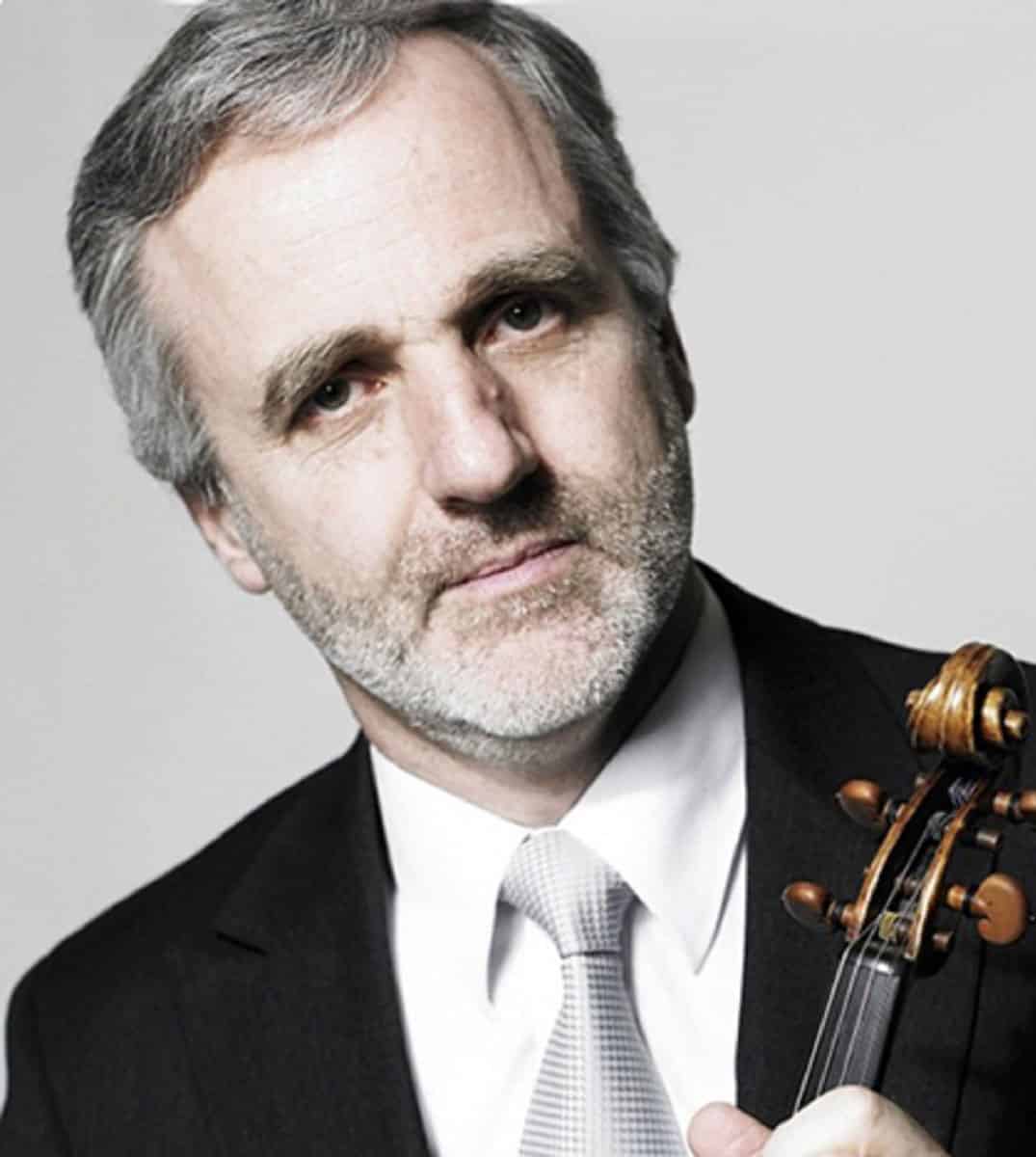 Rainer Honeck was born 1961 in Nenzing, Austria and started learning violin at the age of seven; he pursued his studies at the High School of Music and Performing Arts in Vienna with Edith Bertschinger and privately with Alfred Staar (a member of the Vienna Philharmonic Orchestra).

While his work with the orchestra remains central to his musical life, Honeck is a renowned soloist, with concert appearances in Austria and in Europe, Japan and America. Personal highlights with the Vienna Philharmonic include Dvorak’s Violin Concerto under Mariss Jansons, Mozart’ concertos under Riccardo Muti and Herbert Blomstedt and Berg’s Violin Concerto with Daniele Gatti. He also played the Berg concerto with the Symphony Orchestra of the Mariinsky Theatre under Valery Gergiev and the New World Symphony under Michael Tilson Thomas. Further he performed the Stravinsky Violin Concerto under Andres Oroczo Estrada and with the London Symphony Orchestra under Daniel Harding.

Recordings of note as concertmaster include live productions of Rimskij-Korsakow’s Scheherazade with the Vienna Philharmonic and Seiji Ozawa (Philips) and Richard Strauss’ A Hero’s Life under Christian Thielemann (Deutsche Grammophon). He has further recorded Dvorak’s and Mendelssohn’s Violin Concertos with the Czech Philharmonic in Prague (Pony Canyon label), Franz Schubert’s Complete Works for Violin and Piano (Frohla Studios), a double CD of Mozart’s Violin Concertos released under the Orfeo label as well as an interesting “Rondo” CD as soloist and leader of the Chamber Orchestra Vienna-Berlin (Sony).

Rainer Honeck’s intensive work as a chamber musician — founding member and leader of the “Wiener Virtuosen,” of the Vienna String Soloists, primarius of the Ensemble Wien and the Chamber Orchestra Vienna-Berlin (since 2008) —also is well documented in radio, television and CD productions (mostly under the Koch label).

All this “leading” experience, both as concertmaster and with various chamber music ensembles, seemed a natural stepping stone to extend his repertoire to encompass orchestral literature, conducting such orchestras as the Kioi Sinfonietta; the Nagoya Philharmonic; the Sapporo Symphony and the Yomiuri Nippon Symphony Orchestra (Japan); the Malmö Symphony Orchestra (Sweden); the Symphony Orchestra of the Mariinsky Theatre in St. Petersburg (Russia); the Philharmonic Orchestra in Nice (France) and the Austrian-Hungarian Haydn Philharmonie.

Honeck plays the “ex-Hämmerle” Stradivarius violin (1709); the instrument is a loan from the Austrian National Bank.