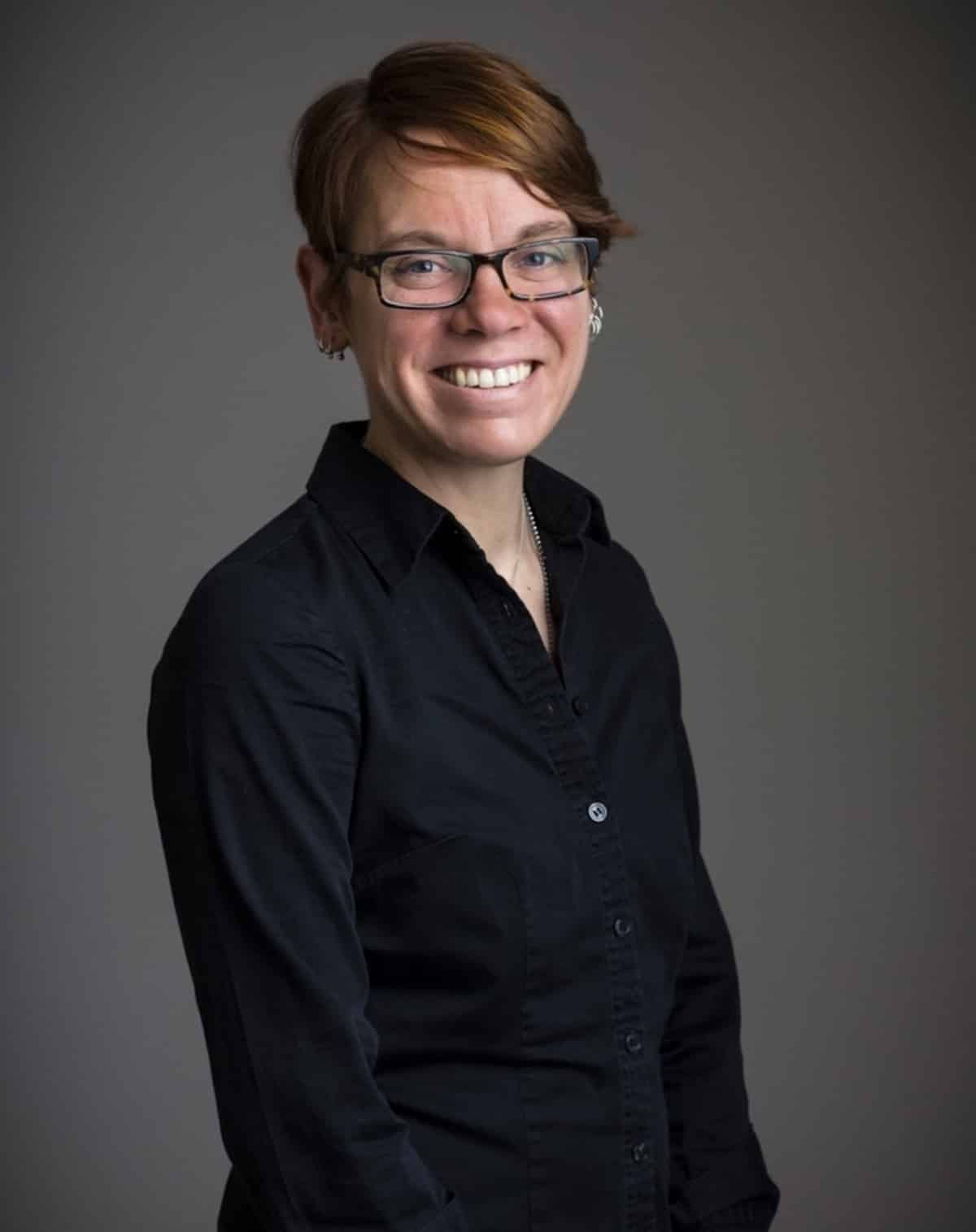 Paula Matthusen is a composer who writes both electroacoustic and acoustic music and realizes sound installations. In addition to writing for a variety of different ensembles, she also collaborates with choreographers and theater companies. She has written for diverse instrumentations, such as “run-on sentence of the pavement” for piano, ping-pong balls, and electronics, which Alex Ross of The New Yorker noted as being “entrancing”. Her work often considers discrepancies in musical space—real, imagined, and remembered.

Her music has been performed by Dither, Mantra Percussion, the Bang On A Can All-Stars, Alarm Will Sound, International Contemporary Ensemble (ICE), orchest de ereprijs, The Glass Farm Ensemble, the Estonian National Ballet, James Moore, Kathryn Woodard, Todd Reynolds, Kathleen Supové, Margaret Lancaster and Jody Redhage. Her work has been performed at numerous venues and festivals in America and Europe, including the Tanglewood Festival of Contemporary Music, the MusicNOW Series of the Chicago Symphony Orchestra, the Ecstatic Music Festival, Other Minds, the MATA Festival, Merkin Concert Hall, the Aspen Music Festival, Bang on a Can Summer Institute of Music at MassMoCA, the Gaudeamus New Music Week, SEAMUS, International Computer Music Conference and Dither’s Invisible Dog Extravaganza. She performs frequently with Object Collection, and through the theater company Kinderdeutsch Projekts.

Awards include the Walter Hinrichsen Award from the American Academy of Arts and Letters, a Fulbright Grant, two ASCAP Morton Gould Young Composers’ Awards, First Prize in the Young Composers’ Meeting Composition Competition, the MacCracken and Langley Ryan Fellowship, the “New Genre Prize” from the IAWM Search for New Music, and recently the 2014 Elliott Carter Rome Prize. Matthusen has also held residencies at The MacDowell Colony, Yaddo, create@iEar at Rensselaer Polytechnic Institute, STEIM, and the Atlantic Center for the Arts. Matthusen completed her Ph.D. at New York University – GSAS. She was Director of Music Technology at Florida International University for four years, where she founded the FLEA Laptop Ensemble. Matthusen is currently Associate Professor of Music at Wesleyan University, where she teaches experimental music, composition, and music technology.