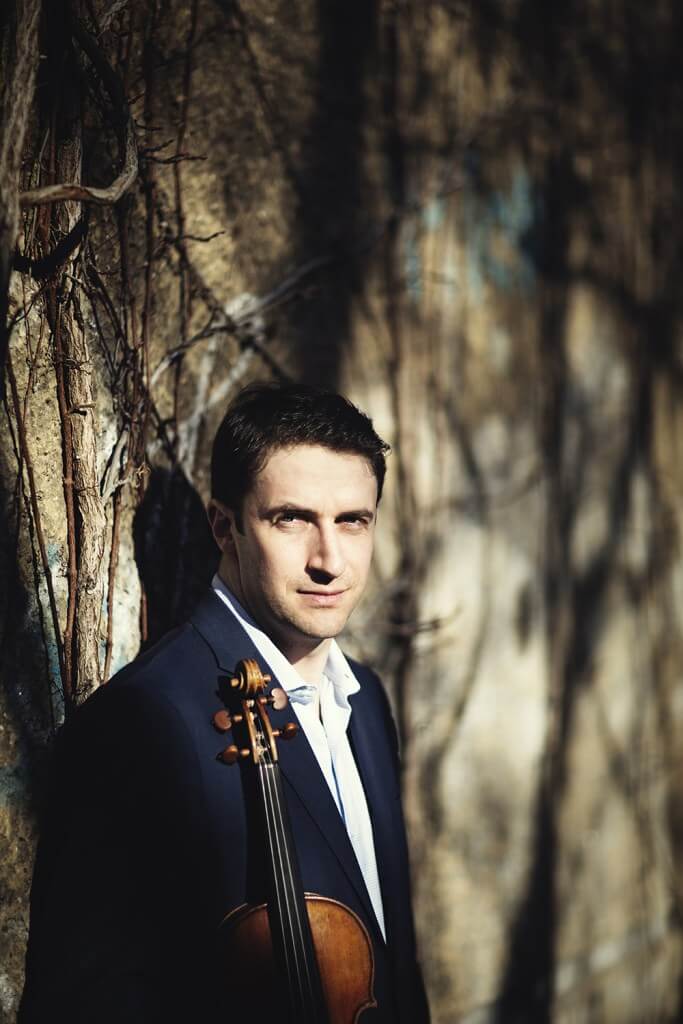 Considering it his life-long pursuit, Noah Bendix-Balgley has a personal sound that connects with his audience in a meaningful way. Whether he’s leading the Berlin Philharmonic as First Concertmaster, performing chamber music or in front of the orchestra as soloist, Noah’s gift of communication through music has reached listeners all around the world.

As a soloist, Noah regularly appears with leading international orchestras and in recital at the world’s finest halls. Recent and upcoming highlights include his Berlin Philharmonic concerto debut (play-direct), concerto appearance with the Verbier Festival Orchestra at Schloss Elmau, debuts with the Israel Camerata, Nagoya Philharmonic, Utah, Shanghai and Guangzhou Symphony Orchestras, return to the Brevard Music Festival, a tour with Apollo’s Fire Orchestra performing on period instruments, performing the Brahms Double with the Aspen Music Festival Orchestra and Alisa Weilerstein and extensive recital tours throughout Asia and Europe, including performances at the Berlin Philharmonie, Beethovenhaus Bonn, National Concert Hall Wroclaw and National Concert Hall in Taipei. In recent seasons, Noah composed and premiered his own klezmer violin orchestra, Fidl-Fantazye, with the Pittsburgh Symphony conducted by Manfred Honeck, a piece which he also performed with the China Philharmonic.

The 2019/20 season sees the world premiere of the chamber version of his Klezmer concerto with the Kammerakademie Potsdam and further highlights include debuts with the Szczecin Philharmonic, Quebec and NHK Symphony Orchestras as well as a tour to Asia with the Stuttgart Chamber Orchestra.

A passionate chamber musician, Noah performs in several fixed ensembles including a trio with pianist Robert Levin and cellist Peter Wiley and the multi-genre septet Philharmonix featuring members of both the Berlin and Vienna Philharmonic orchestras. Recent and upcoming chamber highlights include performances at the Seattle Music Festival, Bergen International Festival, the Sarasota Festival, ChamberFest Cleveland, Zermatt Festival, Le Pont Festival in Japan and worldwide touring with Philharmonix including a multi-year residency at Vienna’s Konzerthaus.

Noah is also a renowned performer of traditional klezmer music, a musical style which has been part of his life since an early age. He has performed with world-renowned klezmer groups such as Brave Old World and has taught at klezmer workshops throughout Europe and the United States.

Born in Asheville, North Carolina, Noah began playing the violin at age 4. At age 9, he played for Lord Yehudi Menuhin, graduated from the Indiana University Jacobs School of Music and the Munich Hochschule studying with Mauricio Fuks, Christoph Poppen and Ana Chumachenco. Now a gifted educator himself, Noah teaches at the Karajan Academy of the Berlin Philharmonic and frequently gives master classes including at his alma mater in Indiana, Morningside Music Bridge, Domaine Forget, Australian National Academy of Music and the Shanghai Orchestra Academy.

Noah performs on a Cremonese violin made in 1732 by Carlo Bergonzi.