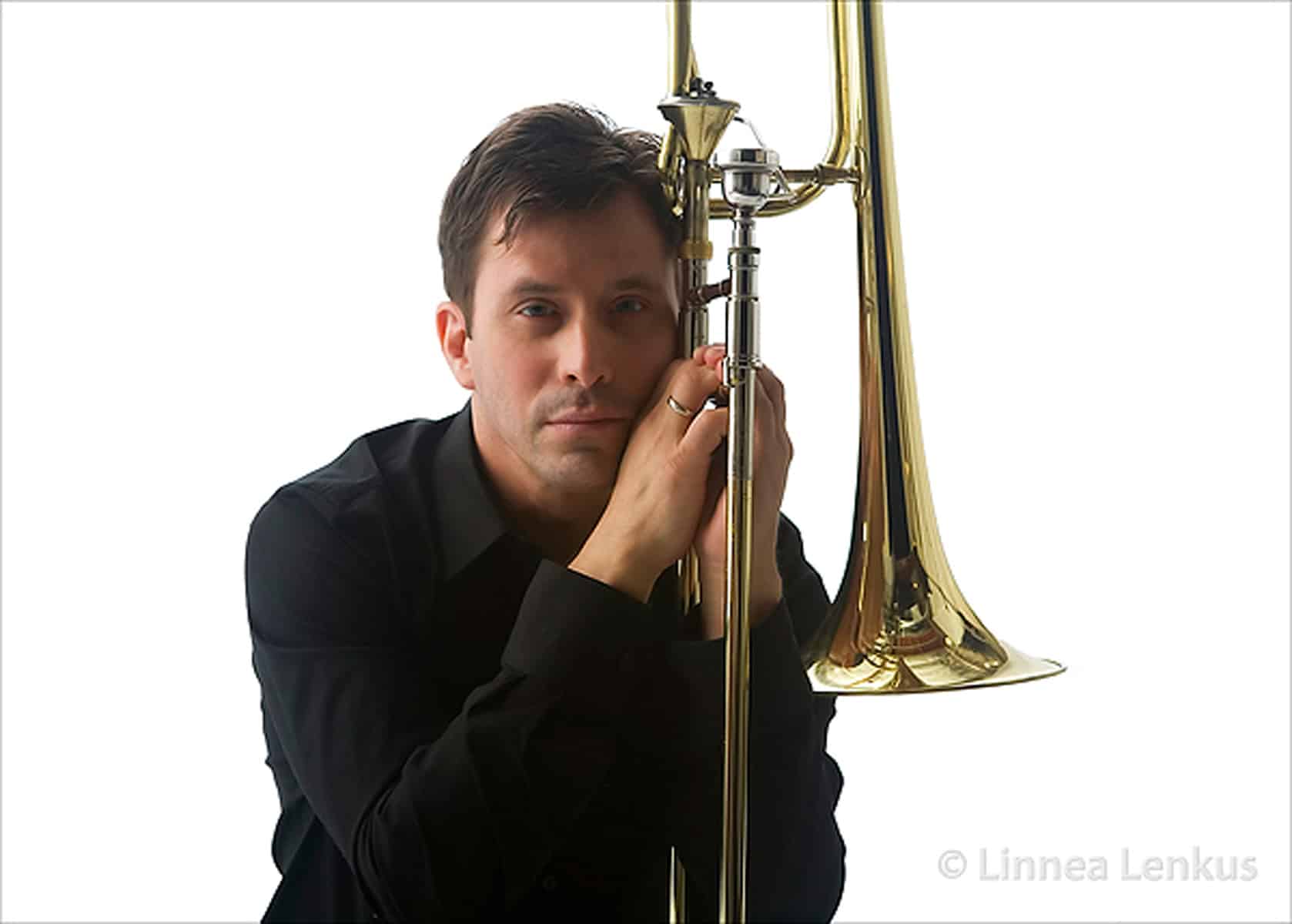 Nitzan Haroz is a first-prize winner of the François Shapira Competition in Israel and a former scholarship recipient of the America-Israel Cultural Foundation. He has commissioned and premiered several works for trombone and harp with his mother, harpist Adina Haroz. He is a frequent clinician at trombone conferences world-wide and has given master classes and recitals in Israel, the United States, Europe, and Asia.

Nitzan Haroz has performed with the New York, Philadelphia, and Israel brass ensembles; the Rishon-Le Zion Brass Quintet; and many other chamber groups. His teachers included Eli Aharoni, Mitchel Ross in Israel, and Joseph Alessi at The Juilliard School. Nitzan’s recording, Towards the Light, was released in 2004. He currently serves on the faculty of the Curtis Institute of Music in Philadelphia.