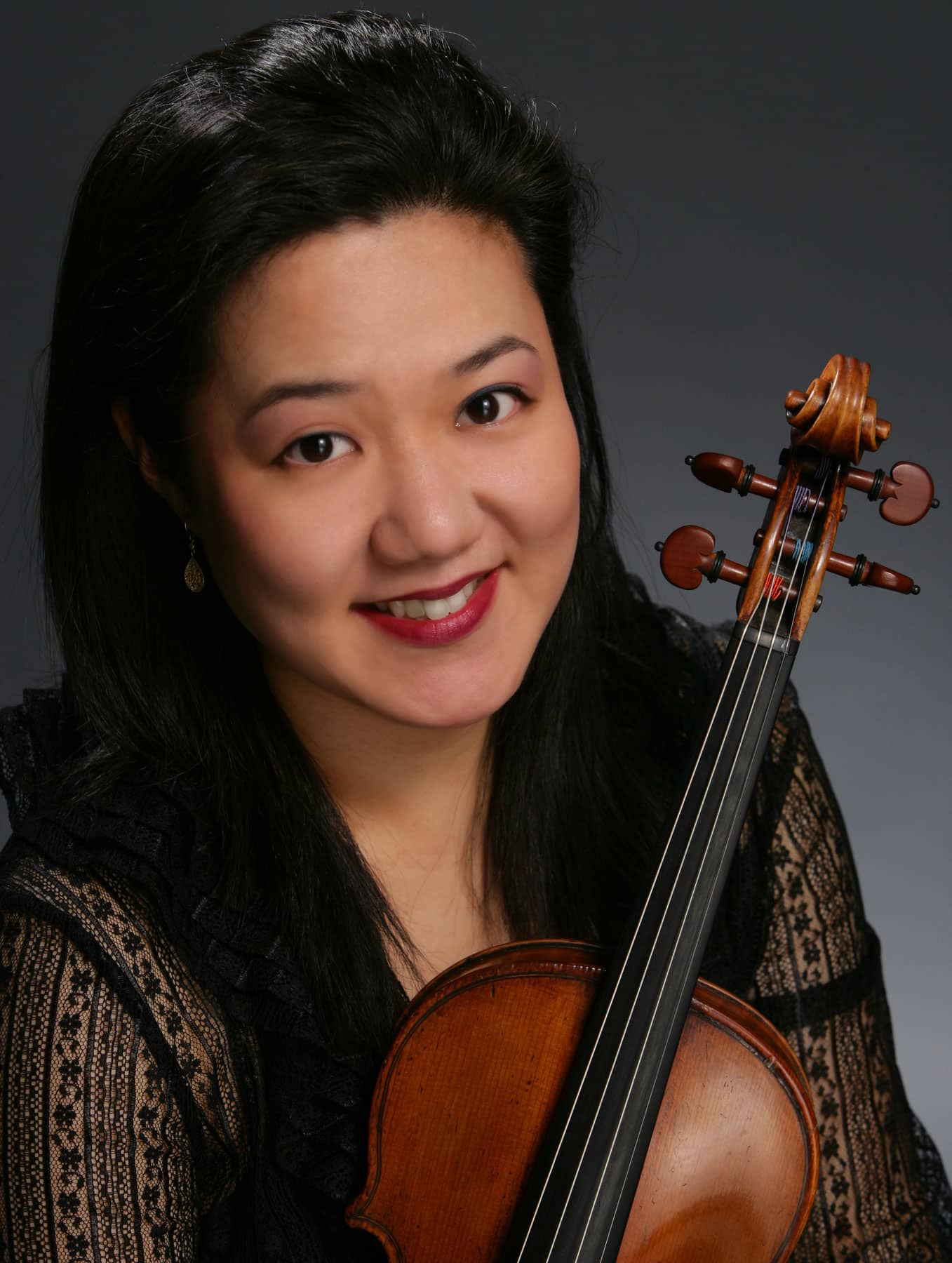 Violinist Lisa Eunsoo Kim joined the New York Philharmonic in September 1994, and was named Associate Principal, Second Violin Group, in January 2003. Previously, she was with Chicago’s Grant Park Symphony Orchestra as its youngest member. She performs and teaches frequently in South Korea and the United States. She is very active in chamber music concerts throughout the world, including the New York Philharmonic Ensembles at Merkin Hall and at David Geffen Hall, Brooklyn’s Bargemusic, and Hofstra Chamber Ensemble series. Her engagements have included a performance of Stravinsky’s L’Histoire du Soldat with principals of the New York Philharmonic, participation in a Mostly Chamber Festival with Ani Kavafian and Carter Brey, and Lyric Chamber Music Society with Glenn Dicterow, Karen Dreyfus, Carter Brey, and Richard Bishop. She has also appeared with Stanley Drucker, Lukas Foss, Garrick Ohlsson, Yo-Yo Ma, and Lynn Harrell. She was appointed to the faculty of the Manhattan School of Music in 1999. In April 2002 she performed with SooWon Symphony Orchestra in South Korea.

Born in Raleigh, North Carolina, Lisa began studying the violin at age seven. She attended the North Carolina School of the Arts on a Stanford Governor’s Scholarship, where she was a pupil of Elaine Richey. She earned bachelor’s and master’s degrees from The Juilliard School, where she was awarded several scholarships and studied with Philharmonic Concertmaster Glenn Dicterow.

Lisa has performed with the Seoul National Philharmonic Orchestra, the North Carolina Symphony Orchestra, the Winston-Salem Symphony Orchestra, and the Durham Symphony Orchestra, appearing as a soloist in concertos by Bruch, Mendelssohn, Khachaturian, and Mozart. She has won prizes in the Arts Recognition and Talent Search, the Bryan Young Artists String Competition, the Winston-Salem Young Talent Search, and the Durham Symphony Young Artists Competition. Lisa has also performed chamber music throughout Europe under the International Music Program, and has participated in Jordan’s Jurash Festival at the invitation of King Hussein. She has appeared at numerous chamber music festivals, including those of Meadowmount, Bowdoin, and Saugatuck.