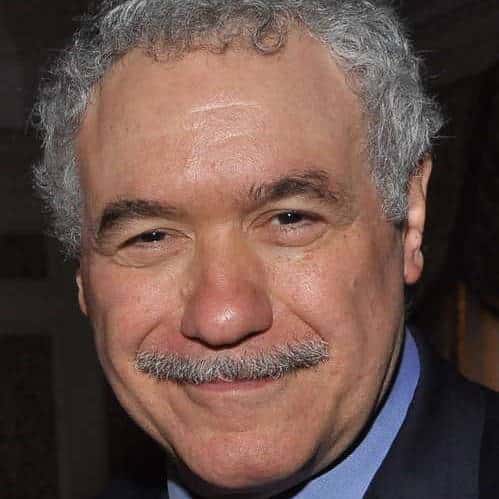 Larry Blank is one of the most prolific and sought-after composers, conductors and orchestrators in the entertainment business today.

His career has taken him across Theatre, TV, Film and is a 3 x Tony Nominee for his orchestrations on Catch Me If You Can, White Christmas & The Drowsy Chaperone. He received two Drama Desk Award nominations for A Christmas Story and Honeymoon In Vegas. Other orchestration highlights include; Holiday Inn, The Nance with Nathan Lane, Fame Becomes Me and La Cage Aux Folles. He orchestrated the revival of Guys and Dolls in London and was co-orchestrator for the stage and film versions of The Producers. He also provided orchestrations for the film version of Chicago. Additional film and tv credits include South Park, Mrs Sant Claus, The Net, That’s Entertainment III, I’d Do Anything, The Grammy Awards and The Academy Awards.

His conducting career has taken him across the globe. He regularly conducts the BBC Concert Orchestra and features frequently on BBC’s Friday Night Is Music Night. He has been personal conductor to Michael Crawford, Michael Feinstein, Marvin Hamlisch, Bernadette Peters, Jerry Herman and Bette Midler to name but a few. He has conducted most orchestras throughout the world including; The San Francisco Symphony, The New York Philharmonic and The National Symphony Orchestra. He is Resident Pops Conductor for The Pasadena Symphony & Pops and conducts and orchestrates The Olivier Awards in London.