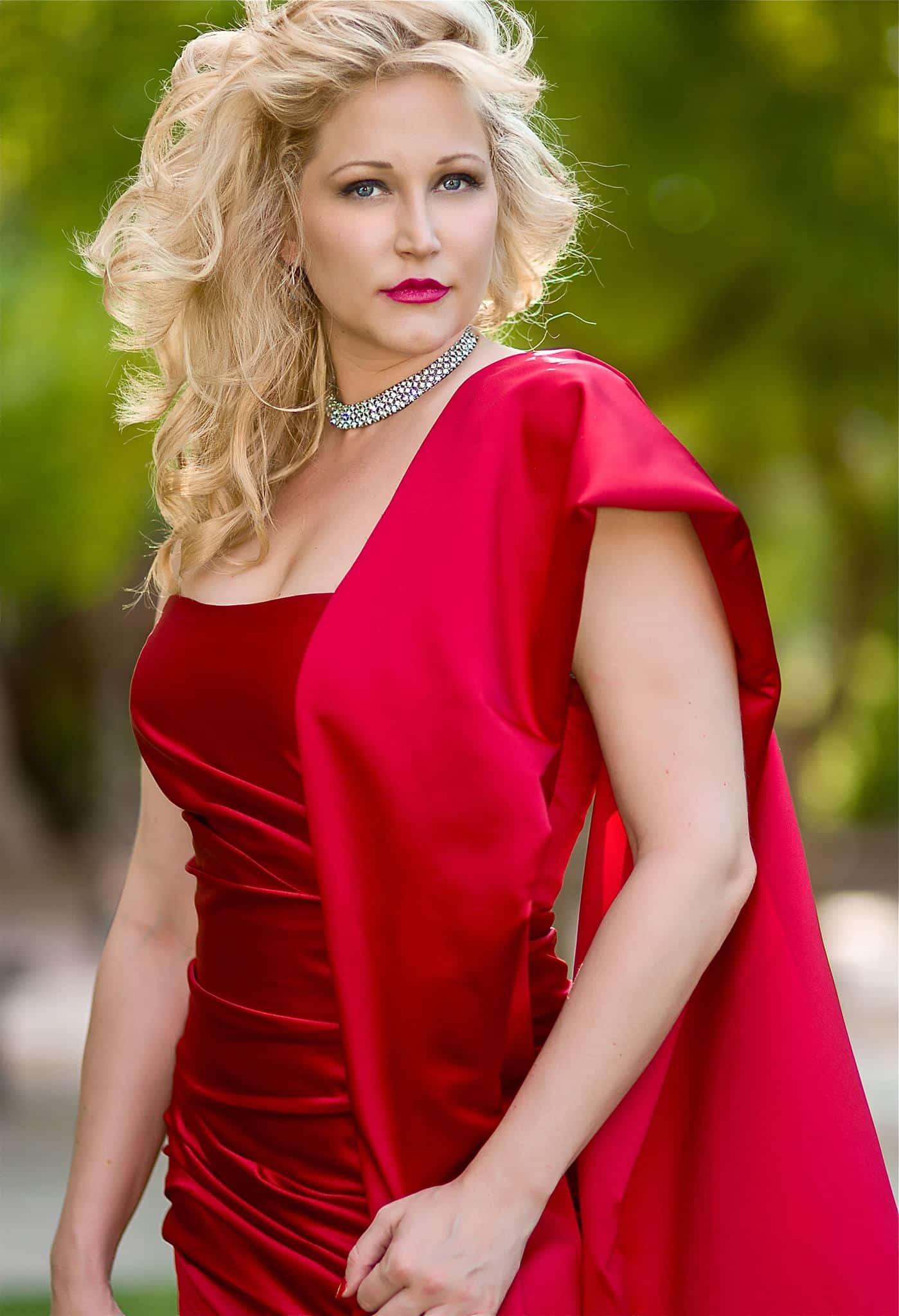 Julie Davies, soprano, praised for her “colorfully focused and powerful sound” and facility of “glimmering coloratura,” enjoys an active stage career, performing with international orchestras and opera companies. Ms. Davies has been featured in Darmstadt’s new productions of Offenbach’s The Tales of Hoffman (all four ladies) where she was acclaimed for having “demonstrated astounding flexibility,” Leoncavallo’s I Pagliacci (Nedda), and Donizetti’s Don Pasquale (Norina) and Wagners Die Walküre (Gerhilde). Ms. Davies is specifically celebrated for her performances of the title roles in Lucia di Lammermoor and La sonnambula.

Ms. Davies will perform the role of Gerhilde in a new production of Wagner’s Die Walküre in Madrid’s Teatro Real in the 2019–20 season. In March 2019, Ms. Davies sang Verdi’s Requiem with Southwest Florida Symphony. In 2018, Ms. Davies sang Contessa in Mozart’s Le nozze di Figaro in Santa Barbara, California to great acclaim: “Julie Davies as Countess Almaviva wowed audiences in her spectacular Act III aria ‘Dove sono,’ eliciting long applause.” In 2017, Ms. Davies championed Strauss’ beautiful vocal setting of Vier letzte Lieder (Four Last Songs) with the University of Oklahoma Orchestra. In addition, in 2017 Ms. Davies was one of two singers chosen by the iconic mezzo-soprano Marilyn Horne to dedicate her Museum, opened in Bradford, Pennsylvania. Ms. Davies performed Donna Anna in Don Giovanni with the Opéra National de Paris (2015), had a very successful debut in Rio de Janeiro as Marzelline in Beethoven‘s Fidelio and made her debut as the Junges Mädchen in the co-production of Schoenberg’s Moses und Aron (released on film and televised world-wide in 2015) with Paris and Madrid Operas (2016).