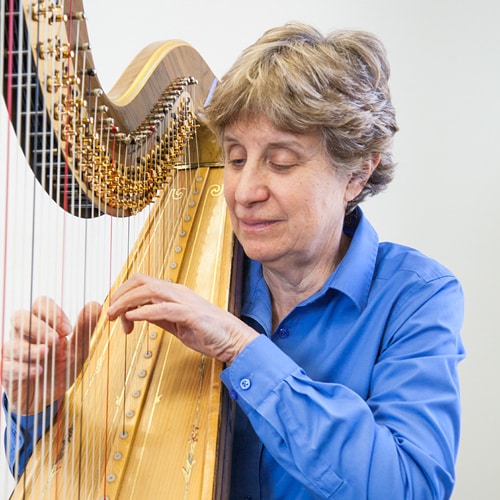 Ms. Turovsky has received numerous honors for her solo and chamber repertoire interpretations. These include first prize in the American Harp Society National Competition, Young Professional Division; first prize in the Coleman Chamber Music Competition; a prize at the Fifth International Harp Competition in Jerusalem; and numerous local awards from Mu Phi Epsilon, Sigma Alpha Iota, the Etude Music Club, and the Young Musicians Foundation. She serves as chair of the American Harp Society National Competition.

Ms. Turovsky appears frequently as a soloist with musical organizations throughout California and is busy in the motion picture and television industry. The composer John Williams wrote a solo piece for harp that she performed on the Angela’s Ashes soundtrack, while her performances also grace such films as Avatar, Raiders of the Lost Ark, The Karate Kid, Toy Story (plus its sequels), The Kite Runner, and Thirteen Conversations About One Thing, Star Wars, Frozen, and Avatar, among the more than 400 movie soundtracks in which she has participated.

She has received the Schoenfeld Artist Teacher Award for Harp from the California Chapter of the American String Teachers Association and a Lifetime Achievement Award from the American Harp Society.