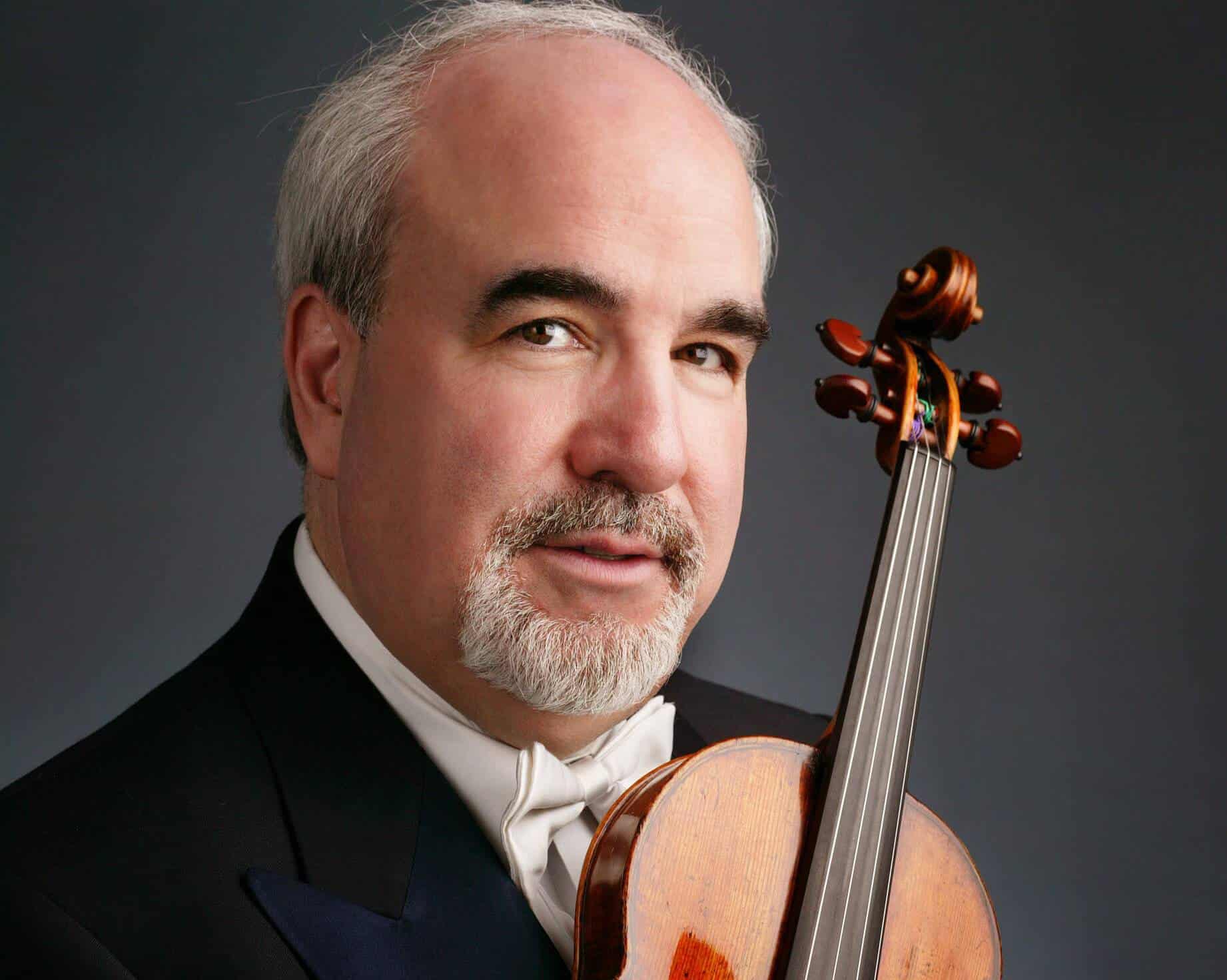 Violinist Glenn Dicterow has established himself worldwide as one of the most prominent American concert artists of his generation.

Mr. Dicterow has enjoyed a storied career. The concertmaster of the New York Philharmonic for 34 years, an all-time record in that major orchestral position, he became the first holder of the Robert Mann Chair in Strings and Chamber Music at the USC Thornton School of Music in 2013. He is also the Chairman of the Orchestral Performance Program at New York’s Manhattan School of Music. More than ever before, Dicterow performs as a soloist with orchestras around the nation and beyond, while participating in musical festivals and chamber music, teaching in musical academies and leading masterclasses around the world, while adjudicating competitions, among a plethora of musical assignments in a “second act” easily as active as his much lauded years with the Philharmonic.

Glenn Dicterow first came to prominence at the age of 11, making his solo debut in Tchaikovsky’s Violin Concerto with the Los Angeles Philharmonic, where his father, Harold Dicterow, served as principal of the second violin section for 52 years. He first appeared with the New York Philharmonic in 1967, at the age of 18, performing the Tchaikovsky Concerto under the baton of André Kostelanetz.

In a New York Philharmonic concert tour Dicterow was featured as the soloist in Leonard Bernstein’s Serenade After Plato’s Symposium, with Bernstein himself conducting. He performed the Waxman/Bizet Carmen Fantasy under Zubin Mehta as part of the New York Philharmonic’s “Live From Lincoln Center” telecast, and he was a soloist in the orchestra’s 1982 concert at the White House. Another career highlight was his performance of the Barber Violin Concerto at the Great Hall of the People in Beijing, China during the Philharmonic’s 1998 tour of Asia.

His shelf of recordings is endless, as the Philharmonic’s Concertmaster, in a large array of solo assignments, both of the great romantic concerti and of the 20th Century classics that he has championed, and in a wide range of chamber music. He has twice recorded Rimsky-Korsakov’s Scheherazade with the New York Philharmonic, once with Yuri Temirkanov conducting, once with Kurt Masur. He and his wife, violist Karen Dreyfus, have committed Mozart’s Sinfonia Concertante to disc, alongside the Warsaw National Philharmonic Orchestra, led by Carl St.Clair. He has recorded violin sonatas by such heroes of American music as Ives, Copland, Bernstein, and John Corigliano.

“The Glenn Dicterow Collection,” a three-CD set on the New York Philharmonic label, surveys his career with the orchestra, in performances spanning thirty years, from 1982 - 2012, featuring his performances of concerti by Bruch, Bartok, Barber, Korngold, Prokofiev, Shostakovich and Szymanowski, plus the Bernstein Serenade, Kernis’s Lament and Prayer, and John Williams’s Theme From Schindler’s List, among many highlights.

As a sidelight, Dicterow has also provided the violin solos for numerous Hollywood films, including such modern classics as The Turning Point, The Untouchables, Altered States, Beauty and the Beast, Aladdin, and Interview With the Vampire, among others.

A graduate of The Juilliard School, where he was a student of Ivan Galamian, he also studied with Joachim Chassman, Naoum Blinder, Manuel Compinsky, Erno Neufeld, Gerald Vinci, Eudice Shapiro, Jascha Heifetz and Henryk Szeryng.

Today, Dicterow is as committed to passing on the great musical legacy that spurred his own career as he once was in his orchestral duties. Beside his endowed chair at the USC-Thornton School and his innovative work in the Manhattan School’s orchestral program, he is the leader of the String Leadership Program at Santa Barbara’s Music Academy of the West, training new generations of concertmasters and principal second violinists.

Among his many honors, the Young Musicians Foundation, a Los Angeles institution which has spurred the careers of innumerable artists, honored Dicterow in February 2015 with its “Living the Legacy Award.” It should be noted that in his early teens, Dicterow, who is now on the YMF Advisory Board, won that organization’s Debut Concerto Competition in 1963.

Glenn Dicterow and his wife, Karen Dreyfus, are founding members of the Lyric Piano Quartet and the Amerigo Trio, performing, recording, teaching and proselytizing at leading festivals and musical institutions around the world.

He joined the Music Academy faculty in 2014.