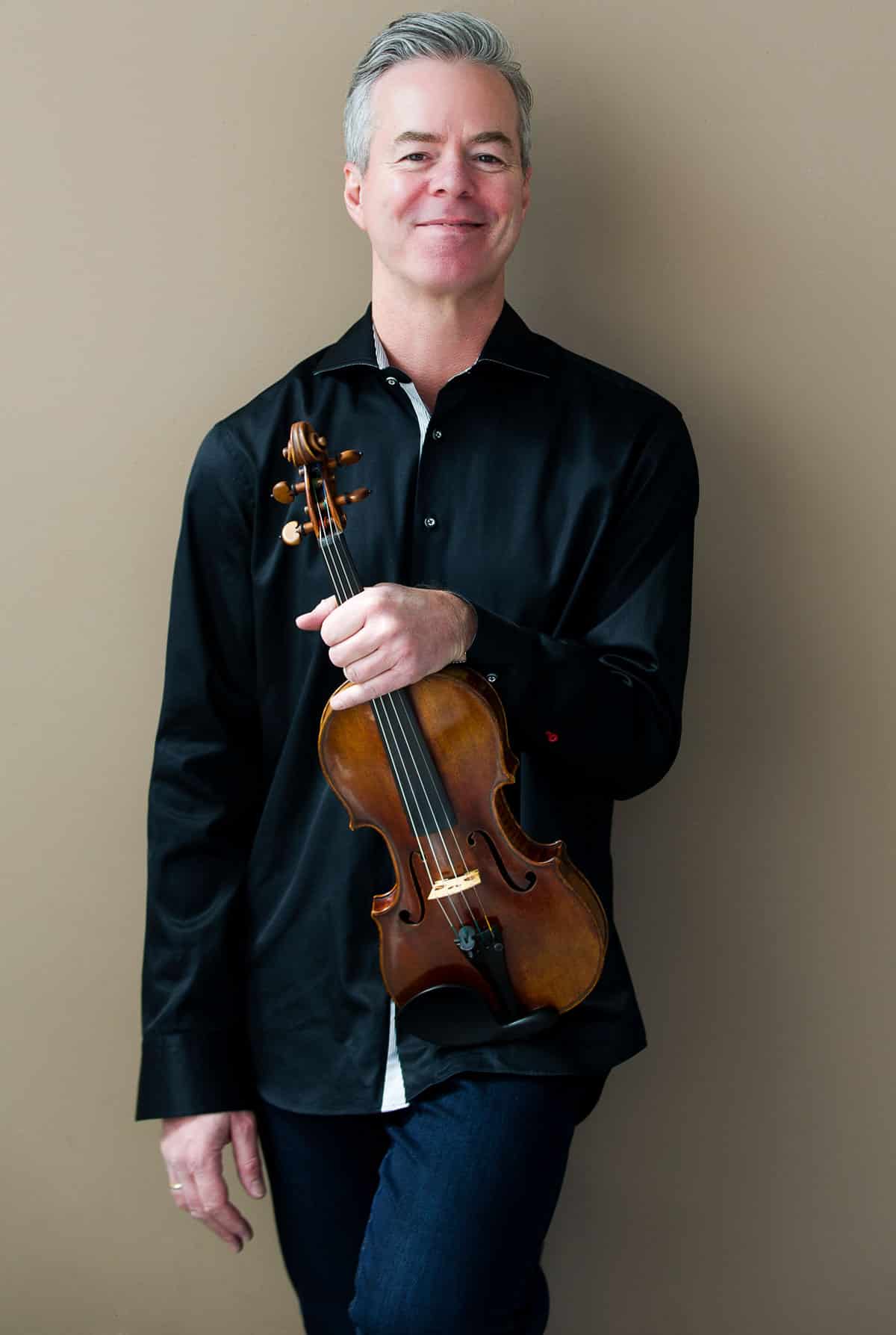 Frank regularly performs as a soloist with the Milwaukee Symphony Orchestra and as soloist and chamber musician throughout the U.S. and Europe. He is the founder of his own chamber music series in Milwaukee, Frankly Music, consistently recognized for innovative programming and its ability to attract leading performers from around the world.

His extensive recording discography includes a wide range of repertoire on various labels that have garnered multiple Grammy nominations.

His most recent series of recordings, A Violin’s Life, chronicles the extraordinary history and lineage of his current violin, the 1715 Lipiński Stradivarius. This instrument has direct ties to Giuseppe Tartini, Edvard Grieg, Johannes Brahms, and Robert and Clara Schumann.

On January 27, 2014, the “ex-Lipiński” Stradivarius was stolen from Mr. Almond in an armed robbery after a concert. The violin was recovered nine days later, and the story continues to make headlines around the world. The robbery and recovery are the subject of a documentary film, “Plucked,” premiering at the Tribeca Film Festival in April (2019). Frank will has also been featured on a hit edition of” The Moth Radio Hour” from Alice Tully Hall, the critically acclaimed story-telling program heard on Public Radio stations nationwide.

Community outreach and giving back to the Milwaukee community are also at the heart of Frank Almond’s artistic priorities. He mentors young musicians of all performing levels and backgrounds, and performs in nontraditional venues where classical music has a rare and unusual presence.

Frank holds two degrees from The Juilliard School, where he studied with Dorothy Delay, Michael Tseitlin, Felix Galimir, and Joseph Silverstein.  He currently serves on the Faculty at Roosevelt University in Chicago and is the Johnston Artist-in-Residence at the Milwaukee Youth Symphony, one of the largest youth arts programs in the United States. Previous teaching positions include positions at Northwestern University and Texas Christian University.

Frank Almond writes an online column, as he admits, “instead of practicing.”  Non divisi offers his thoughts, hopes and expectations for the present and future of classical music.

More information about Frankly Music, A Violin’s Life, and the Lipiński Stradivarius is available at frankalmond.com.