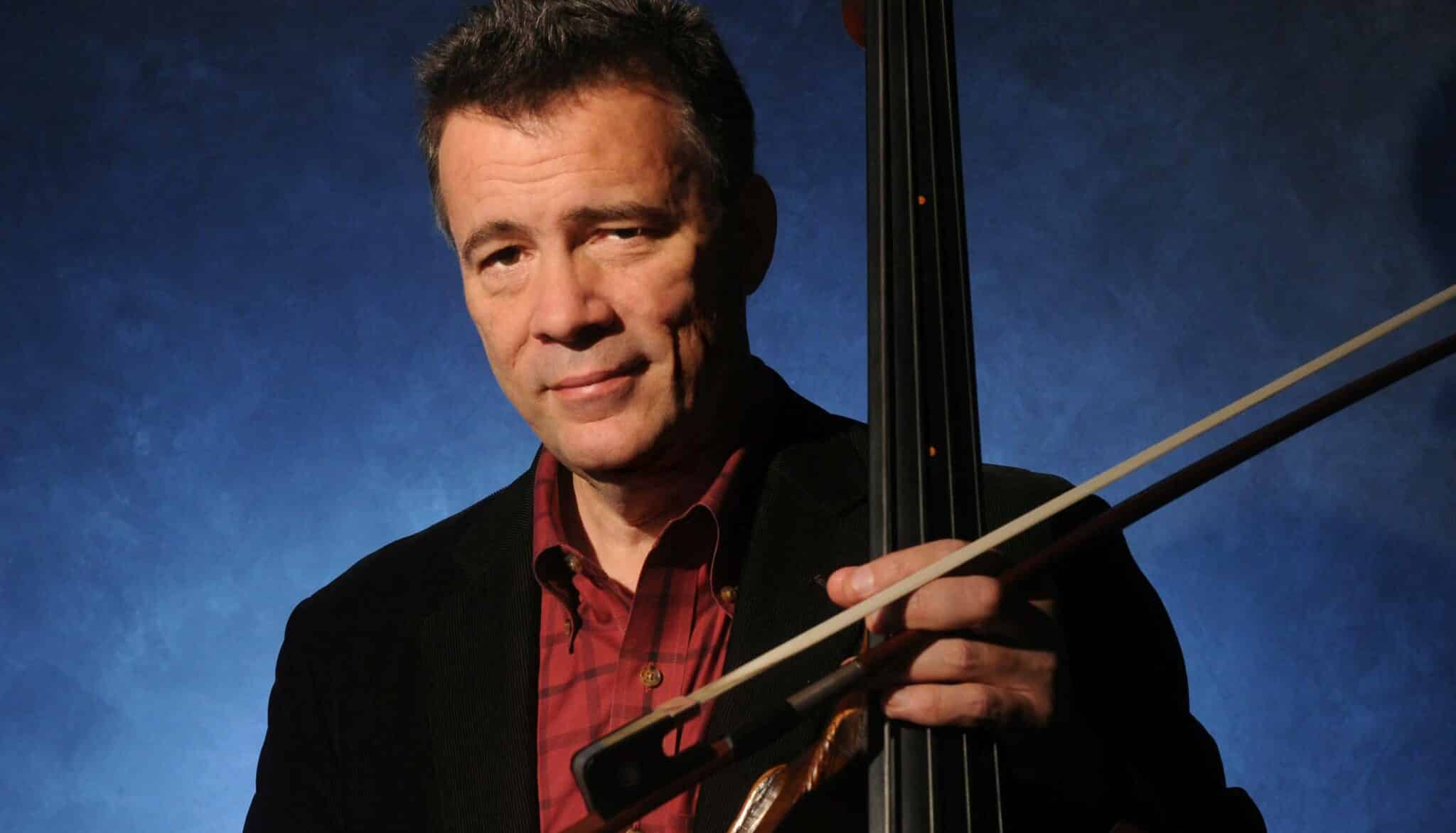 In demand as both a performer and a composer, Edgar Meyer has formed a role in the music world unlike any other.  Hailed by The New Yorker as “...the most remarkable virtuoso in the relatively un-chronicled history of his instrument”, Mr. Meyer’s unparalleled technique and musicianship in combination with his gift for composition have brought him to the fore, where he is appreciated by a vast, varied audience.  His uniqueness in the field was recognized by a MacArthur Award in 2002.

As a solo classical bassist, Mr. Meyer can be heard on a concerto album with the St. Paul Chamber Orchestra conducted by Hugh Wolff featuring Bottesini’s Gran Duo with Joshua Bell, Meyer’s own Double Concerto for Bass and Cello with Yo-Yo Ma, Bottesini’s Bass Concerto No. 2, and Meyer’s own Concerto in D for Bass.  He has also recorded an album featuring three of Bach’s Unaccompanied Suites for Cello.  In 2006, he released a self-titled solo recording on which he wrote and recorded all of the music, incorporating piano, guitar, mandolin, dobro, banjo, gamba, and double bass.  In 2007, recognizing his wide-ranging recording achievements, Sony/BMG released a compilation of “The Best of Edgar Meyer”.  In 2011 Mr. Meyer joined cellist Yo-Yo Ma, mandolinist Chris Thile, and fiddler Stuart Duncan for the Sony Masterworks recording “The Goat Rodeo Sessions” which was awarded the 2012 Grammy® Award for Best Folk Album.  Mr. Meyer was honored with his fifth Grammy® Award in 2015 for Best Contemporary Instrumental album for his Bass & Mandolin collaboration with Chris Thile. His most recent recordings are a collection of Bach Trios with Yo-Yo Ma and Chris Thile released in 2017 and the 2020 “Not Our First Rodeo,” a follow-up to the Grammy® Award winning “Goat Rodeo Sessions” album.

As a composer, Mr. Meyer has carved out a remarkable and unique niche in the musical world.  His most recent work, New Piece for Orchestra, was premiered and commissioned by the Nashville Symphony and the Aspen Music Festival and School in 2017.  That same year The Academy of St. Martin in the Fields and the Bravo! Vail Music festival commissioned Mr Meyer to write Overture for Violin and Orchestra which was premiered by Joshua Bell and performed on the Academy’s 2018 US tour.  Mr. Meyer’s Concerto for Double Bass and Violin was premiered in 2012 by Joshua Bell and Mr. Meyer at the Tanglewood Music Festival with the Boston Symphony Orchestra.  The two artists also performed the work at the Hollywood Bowl with the Los Angeles Philharmonic, the Aspen Music Festival, and with the Nashville and Toronto symphony orchestras.  Mr Meyer was composer in residence with the Alabama Symphony in 2012 where he premiered his third concerto for double bass and orchestra.  Mr. Meyer has collaborated with Béla Fleck and Zakir Hussain to write a triple concerto for double bass, banjo, and tabla, which was commissioned for the opening of the Schermerhorn Symphony Center in Nashville.  The triple concerto was recorded with the Detroit Symphony Orchestra under Leonard Slatkin and featured on the 2009 recording The Melody of Rhythm, a collection of trio pieces all co-composed by Mr. Meyer, Mr. Fleck and Mr. Hussain.  Mr. Meyer has performed his second double bass concerto with the Los Angeles Chamber Orchestra and his first double bass concerto with Edo de Waart and the Minnesota Orchestra.  Other compositions of Mr. Meyer’s include a violin/piano work which has been performed by Joshua Bell at New York’s Lincoln Center, a quintet for bass and string quartet premiered with the Emerson String Quartet and recorded on Deutsche Grammophon, a Double Concerto for Bass and Cello premiered with Yo-Yo Ma and The Boston Symphony Orchestra under Seiji Ozawa, and a violin concerto written for Hilary Hahn which was premiered and recorded by Ms. Hahn with the St. Paul Chamber Orchestra led by Hugh Wolff.

Collaborations continue to be a central part of Mr. Meyer’s work.  In 2017 Mr. Meyer collaborated with fellow bassist Christian McBride showcasing their original music.  Also in 2017 he toured the US with Yo-Yo Ma and Chris Thile performing works from their Bach trios recording. Mr. Meyer’s previous performing and recording collaborations include duos with Chris Thile; a duo with Béla Fleck; a quartet with Joshua Bell, Sam Bush and Mike Marshall; a trio with Béla Fleck and Mike Marshall; and a trio with Yo-Yo Ma and Mark O’Connor.  The latter collaborated for the 1996 Appalachia Waltz release which soared to the top of the charts and remained there for 16 weeks.  Appalachia Waltz toured extensively in the U.S., and the trio was featured on the David Letterman Show and the televised 1997 Inaugural Gala.  The Trio toured again in 2000 and recorded a follow up recording, Appalachian Journey, which was honored with a Grammy® Award.  In 2007 Mr. Meyer premiered a piece for double bass and piano with Emanuel Ax.  Mr. Meyer also performs with pianist Amy Dorfman, his longtime collaborator for solo recitals featuring both classical repertoire and his own compositions, Mike Marshall in duo concerts and the trio with Béla Fleck and Zakir Hussain which has toured the US, Europe and Asia together.

Mr. Meyer began studying bass at the age of five under the instruction of his father and continued further to study with Stuart Sankey.  In 1994 he received the Avery Fisher Career Grant and in 2000 became the only bassist to receive the Avery Fisher Prize.  Currently, he is Visiting Professor of Double Bass at the Curtis Institute of Music in Philadelphia.