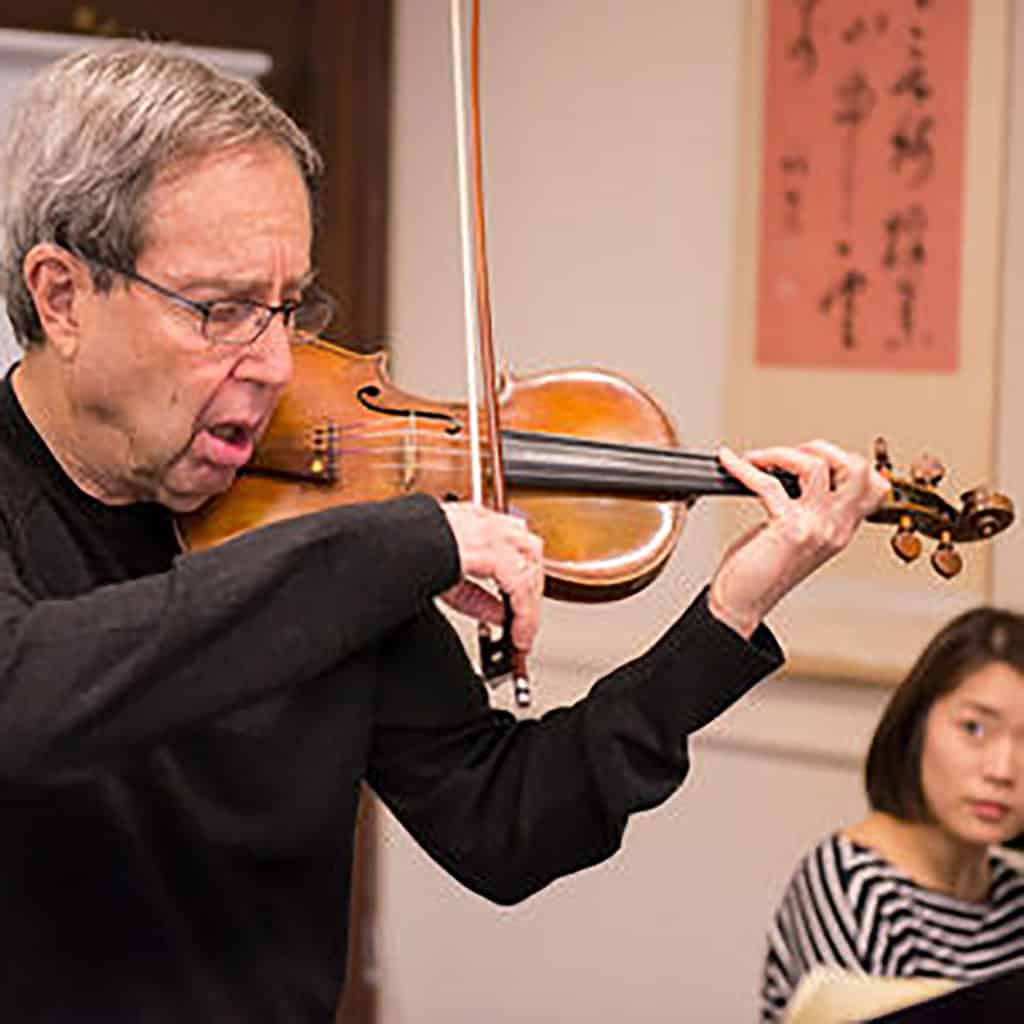 Donald Weilerstein has concertized extensively throughout the world as soloist and chamber musician. He studied at  the Juilliard School with Ivan Galamian, Dorothy Delay, and members of the Juilliard String Quartet, and was honored at graduation by the National Foundation of the Arts as an outstanding graduate of the school. He was a member of the Young Concert Artists and a participant in the Marlboro Music Festival, performing on several Music from Marlboro Tours. In 1968, he won the Munich International Competition for violin and piano duo.

For twenty years (1969–1989) Weilerstein was the first violinist of the renowned Cleveland Quartet, with whom he toured the world. His recordings with the quartet can be heard on the RCA, Telarc, CBS, Phillips, and Pro Arte labels. These recordings have earned seven Grammy nominations and won Best of the Year awards from Time and Stereo Review.

Weilerstein has taught and performed at such major American and European music festivals as Caramoor, Tanglewood, Aspen, Marlboro, Mostly Mozart, Salzburg, Luzern, Verbier, Ishikawa, Keshet Eilon, "Chamber Music Encounters" sponsored by La Cite de la Musique and the Paris Conservatory and many more. He regularly teaches and performs at the Steans Institute in Ravinia, the Yellow Barn Music Festival, and at the Perlman Music Program.

He also performs as a duo recitalist with pianist Vivian Hornik Weilerstein. The Duo was enthusiastically received at Alice Tully Hall and the 92nd Street Y in New York City, and in the major American cities. Their discography includes the complete works of Ernest Bloch for violin and piano, and the Janacek, Dohnanyi, and Enescu Sonatas for Arabesque, as well as the complete Schumann Sonatas for Azica Records.

Weilerstein is a very active as a member of the highly acclaimed Weilerstein Trio which is in residence at the New England Conservatory of Music. Their CD for Koch records was released in January 2006 and features trios of Dvorak. They can be visited at www.weilersteintrio.com.

Recently featured in Strad, Weilerstein was formerly a professor of violin and chamber music at the Eastman School and the Cleveland Institute of Music. He is currently on the faculty of the New England Conservatory of Music and the Juilliard School. His students have been prize winners in major national and international competitions, including first prizes in the Indianapolis, Naumburg and Hanover competitions and 2nd prize in the Brussels competition. His students can be heard in many of today's leading orchestras and chamber ensembles.

Donald Weilerstein occupies a teaching chair endowed in 2004 by the Dorothy Richard Starling Foundation, with matching funds from the Nicholas Family Challenge.