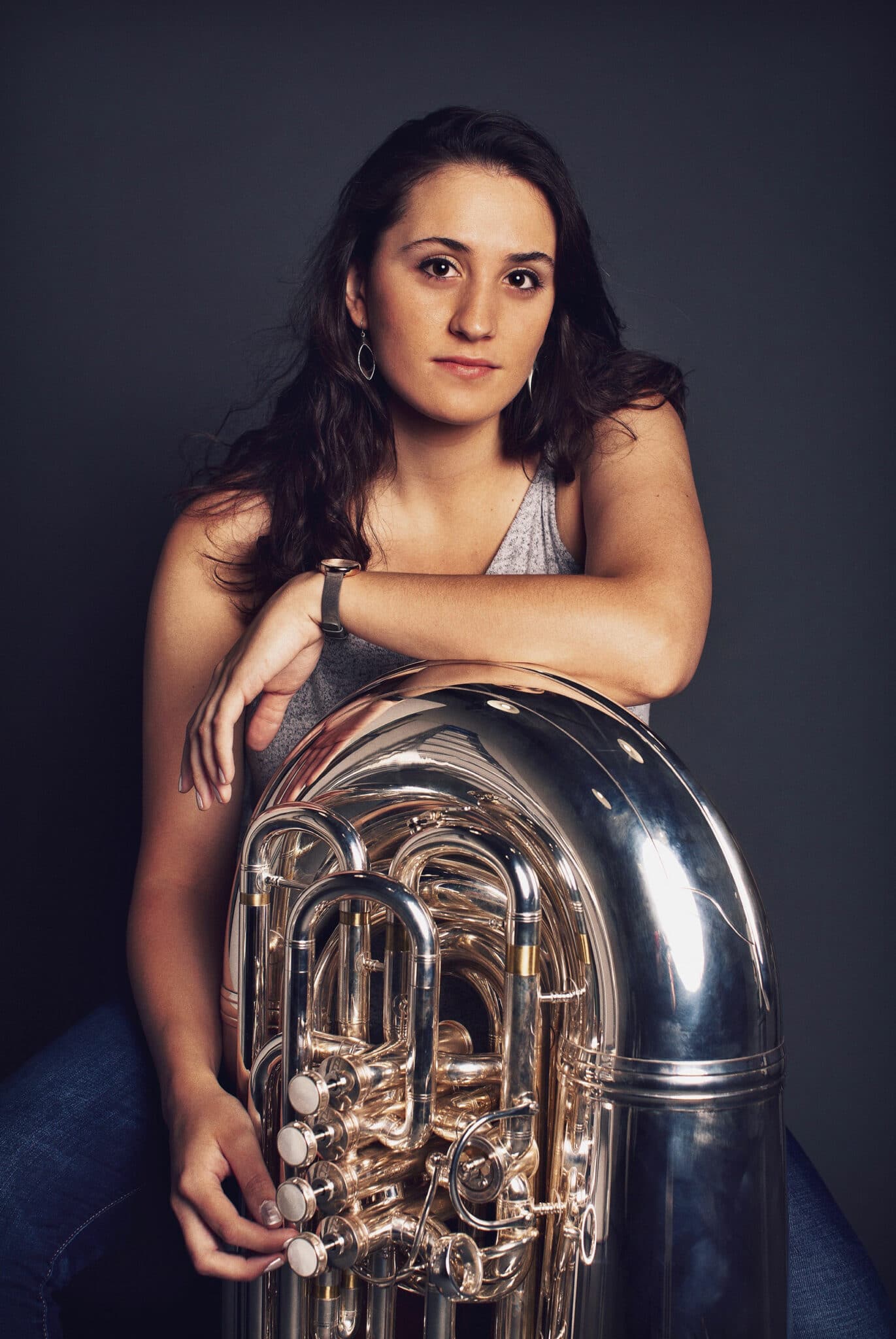 Cristina Cutts Dougherty grew up in South Africa, England, New York, and New Mexico. She was named as the Young Artist winner of the International Tuba & Euphonium Competition in 2016. That same year, she was unanimously chosen as the winner of the National Symphony's Summer Music Institute concerto competition and as a result she performed the Vaughan Williams Tuba Concerto with the orchestra as a soloist in the Kennedy Center. Upon moving to Los Angeles for her undergraduate studies, she was recognized as the “Most Promising Talent," of the Pasadena Showcase Instrumental Competition for woodwinds, brass, and strings, and went on in 2017 to win the Grand Prize overall in the same competition - the first tubist in the history of the competition to do so, and the youngest candidate in that year’s final round. Cristina has appeared as a soloist with the Colburn Orchestra and was a National YoungArts Foundation Medalist.

Cristina has played orchestrally as the Principal Tubist of the American Youth Symphony, with the New World Symphony, as a fellow with the National Repertory Orchestra. She currently holds the position of Principal tuba with Symphony in C, in Camden, NJ, and is the Tuba Fellow for the Music Academy of the West ('20, '21). She is also a proud recipient of several grants from the Sphinx Organization's National Alliance for Audition Support. She has played chamber music with brass musicians from the New York Philharmonic and the Los Angeles Philharmonic. In summer 2019, Cristina was part of the "Full House Brass Quintet" at Music From Angel Fire, in Angel Fire New Mexico, where she gave public performances and played nearly 20 outreach shows for schools in Northern New Mexico - continuing her love for sharing music and teaching. In 2020 Cristina joined the guest-artist roster of Seraph Brass, a touring all-female brass quintet. In 2021, Cristina will be featured as a Young Artist in Residence for the radio show Performance Today, with Fred Childs.

Cristina graduated with honors from the Interlochen Arts Academy in 2015, where she was a finalist in the concerto competition and a pupil of trombonist Thomas Riccobono for two years. In 2019, she received her Bachelor of Music in Tuba Performance from the Colburn School, studying with Norman Pearson of the Los Angeles Philharmonic. She is now a student of Craig Knox of the Pittsburgh Symphony Orchestra and Paul Krzywicki at the Curtis Institute in Philadelphia; the first female tubist to attend the Curtis Institute since its founding in 1924.