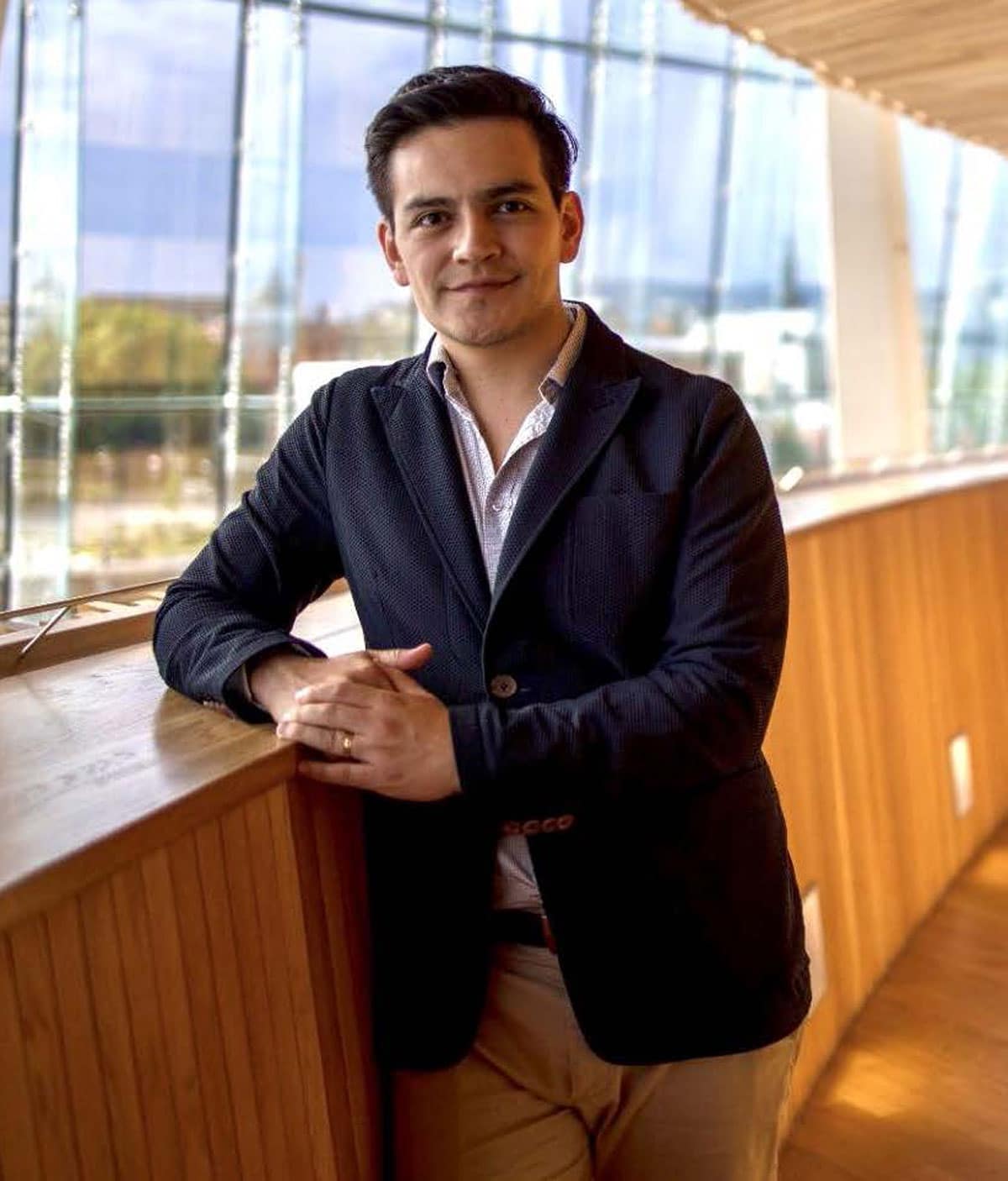 Equally devoted to instrumental chamber music as he is to art song and operatic repertoire, César Cañón alternates his activity as a pianist with vocal coaching, teaching and conducting. He has performed in his native Colombia, Brazil, Mexico, Canada, Italy, Norway and across the United States. His concert appearances include the Kennedy Center, the Norwegian National Opera, Detroit Symphony, and San Francisco Opera’s Taube Atrium Theatre at the Diane B. Wilsey Center for Opera. He has been a guest performer and lecturer at Michigan State University, University of Michigan, Emory University, San Francisco Conservatory of Music, University of Texas at Austin, Universidad Central de Colombia, Universidad Sergio Arboleda, and Universidad Nacional de Colombia.

Cañón is an alum of the Aspen Opera Theatre Center and the Merola Opera Program. He has also been a vocal coach and repetiteur for the Ad Astra Music Festival; assistant conductor and pianist for Opera de Colombia, the Bogota philharmonic, Teatro Colón de Bogotá and Festival Amazonas de Opera in Manaus, Brazil. Cañón was an Adler Fellow with the San Francisco Opera in 2018 and 2019. As a fellow, he was featured in the Schwabacher recital series, in which he performed Johannes Brahms’ Die Schöne Magelone alongside baritone Christian Pursell and soprano Felicia Moore. In the summer of 2019, he conducted Mozart’s La Finta Giardiniera with Accademia Europea dell’Opera in Lucca, Italy. While in San Francisco, Cañón worked with several Bay Area cultural institutions. He was music director for productions of Pocket Opera in their 2019 and 2020 seasons, pianist for the 2019 and 2022 James Toland Vocal Competition, and rehearsal pianist in selected projects with the San Francisco Symphony and Opera Parallèle. In 2021 he was awarded a Bayreuther Festspiele Stipendiat by the Wagner Society of Northern California, allowing him to attend the prestigious festival in Bayreuth. As a staff pianist, Coach and conductor for the San Francisco Conservatory of Music, he closely collaborated with mezzo soprano Frederica von Stade.

Cañón holds a Bachelor of Music degree from Universidad Nacional de Colombia, and a Master of Music and Doctorate in Collaborative Piano from the University of Michigan, where he studied with Martin Katz. He is currently part of the music staff of the San Francisco Opera and the Norwegian National Opera, where he works as staff conductor, repetiteur and assistant chorus master.