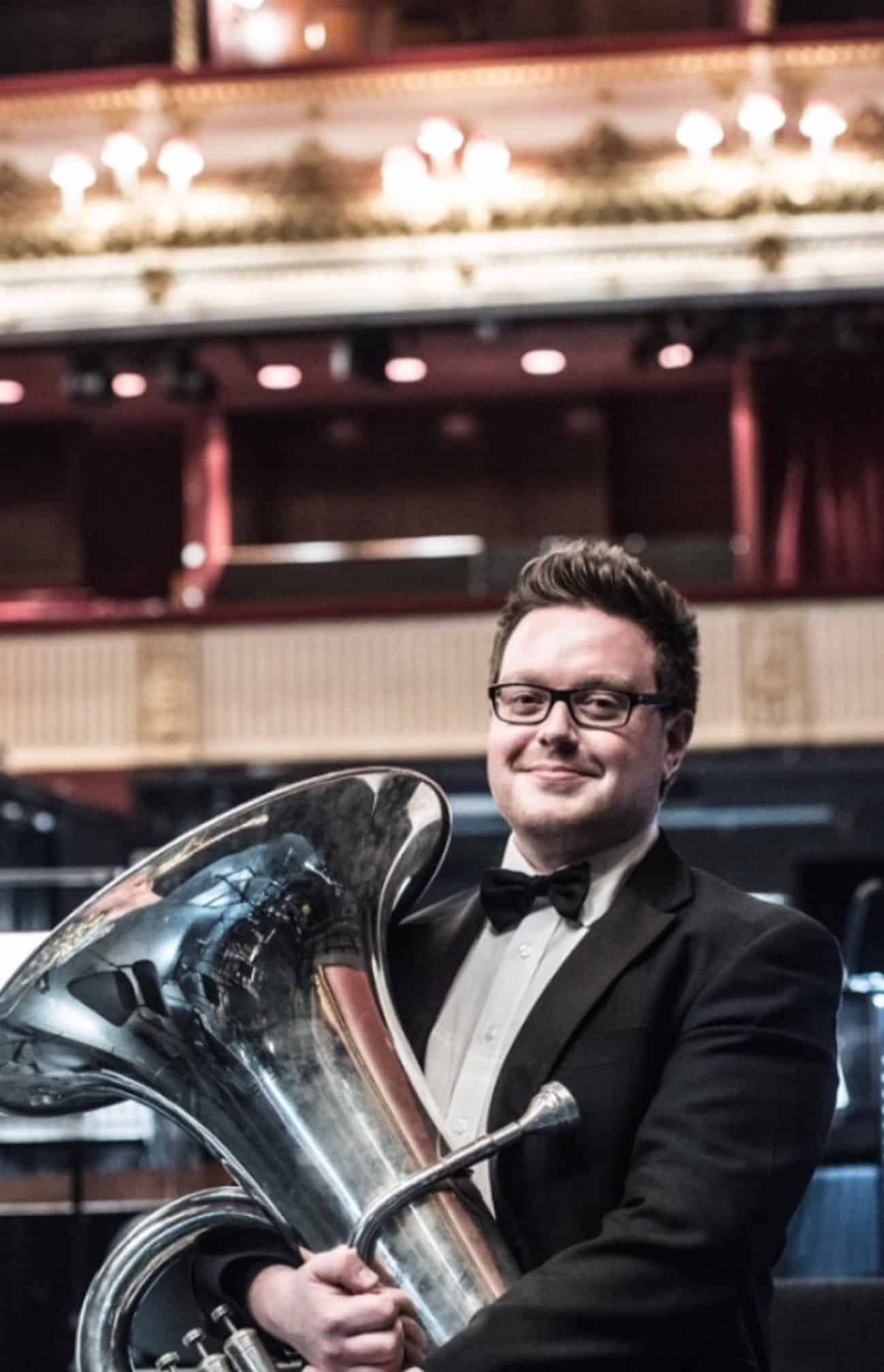 Mr. Thomson studied at the Royal Northern College of Music Junior School and then went on to study for his degree at the college. He had lessons with Ewan Easton (Hallé), Brian Kingsley (Opera North), Robin Haggart (Royal Liverpool Philharmonic) and James Gourlay (International Soloist).

Ben Thomson won the BBC Radio 2 Young Brass Soloist of the Year in both 2006 and 2007. Since winning the prizes, he has performed concertos with such ensembles as the Ulster Orchestra, BBC Concert Orchestra and Black Dyke Brass Band, and has given recitals for the Manchester Midday Concert Series in the Bridgewater Hall, the Leeds International Concert Season and the RNCM’s international Festival of Brass.

Mr. Thomson was a member of the National Youth Orchestra of Great Britain and the European Union Youth Orchestra. He has since performed with most of the UK’s orchestras and has also worked abroad including a trial with the Australian Opera and Ballet Orchestra based in the Sydney Opera House and a long-term contract with the Tenerife Symphony Orchestra.

This September, Mr. Thomson will take over the Professor of Tuba role at the Guildhall School of Music and Drama in London alongside his performance duties.