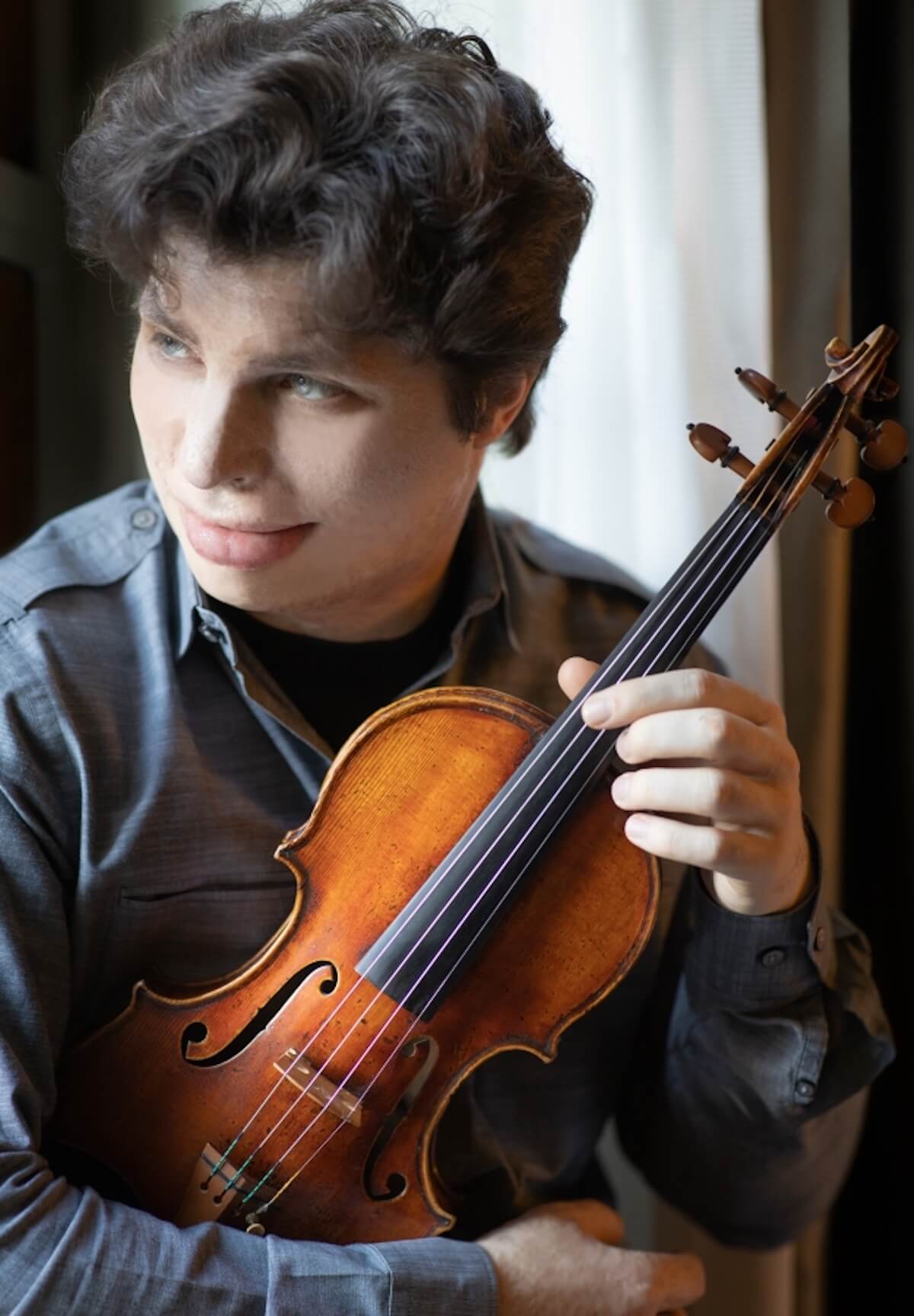 "The essence of Hadelich’s playing is beauty: reveling in the myriad ways of making a phrase come alive on the violin, delivering the musical message with no technical impediments whatsoever, and thereby revealing something from a plane beyond ours." - Washington Post

Augustin Hadelich is one of the great violinists of our time. From Bach to Brahms, from Bartók to Adès, he has mastered a wide-ranging and adventurous repertoire. Often referred to by colleagues as a musician’s musician, he is consistently cited worldwide for his phenomenal technique, soulful approach, and insightful interpretations.

Mr. Hadelich’s 2020-21 season culminated in performances of the Brahms Violin Concerto with the San Francisco Symphony, conducted by Esa-Pekka Salonen. These were the first performances played by the full ensemble to a live audience in Davies Hall in 15 months. Mr. Hadelich’s 2021-22 season started off with a three-concert stunning debut with the Berlin Philharmonic (Prokofiev’s Violin Concerto No. 2). Shortly thereafter, came the European premiere of a new violin concerto written for him by Irish composer, Donnacha Dennehy. He will play the rescheduled world premiere with the Oregon Symphony in October of 2022. Other highlights of the 2021-22 season include being named Artist-in-Residence with the Frankfurter Museumsorchester, the continuation of his residency as Associate Artist with the NDR Elbphilharmonie/Hamburg, and debuts with L’Orchestre National de France, the Prague Radio Symphony, and the Warsaw Philharmonic.

Augustin Hadelich has appeared with every major orchestra in North and South America, including the Boston Symphony, Chicago Symphony, Cleveland Orchestra, Los Angeles Philharmonic, New York Philharmonic, Philadelphia Orchestra, San Francisco Symphony, L’Orchestre Symphonique de Montréal, and the Symphony Orchestra of São Paulo (OSESP) in Brazil. During the current season he will play numerous return engagements in the U.S., as well as a return engagement at Carnegie Hall with the Orchestra of St. Luke’s.

Augustin Hadelich is the winner of a 2016 Grammy Award – “Best Classical Instrumental Solo” – for his recording of Dutilleux’s Violin Concerto, L’Arbre des songes, with the Seattle Symphony under Ludovic Morlot (Seattle Symphony MEDIA). A Warner Classics Artist, his most recent release is a Grammy-nominated double CD of the Six Solo Sonatas and Partitas of Johann Sebastian Bach. One of Germany’s most prestigious newspapers, the Süddeutsche Zeitung, boldly stated: “Augustin Hadelich is one of the most exciting violinists in the world. This album is a total success.” A long and stellar review follows these opening comments. Other CDs for Warner Classics include Paganini’s 24 Caprices (2018); the Brahms and Ligeti violin concertos with the Norwegian Radio Orchestra under Miguel Harth-Bedoya (2019); and Bohemian Tales, including the Dvořák Violin Concerto with the Bavarian Radio Orchestra conducted by Jakub Hrůša (2020). He has also recorded discs of the violin concertos of Tchaikovsky and Lalo (Symphonie espagnole) with the London Philharmonic Orchestra on the LPO label (2017), and a series of releases on the AVIE label, including a CD of the violin concertos by Jean Sibelius and Thomas Adès (Concentric Paths), with Hannu Lintu conducting the Royal Liverpool Philharmonic Orchestra (2014).

Born in Italy, the son of German parents, Augustin Hadelich is now an American citizen. He holds an Artist Diploma from The Juilliard School, where he was a student of Joel Smirnoff. After winning the Gold Medal at the 2006 International Violin Competition of Indianapolis, concerto and recital appearances on many of the world’s top stages quickly followed. Among his other distinctions are an Avery Fisher Career Grant (2009); a Borletti-Buitoni Trust Fellowship in the UK (2011); the Warner Music Prize (2015); a Grammy Award (2016); an honorary doctorate from the University of Exeter in the UK (2017); and Musical America’s “Instrumentalist of the Year” (2018). He has recently been appointed to the violin faculty of the Yale School of Music at Yale University.

Augustin Hadelich plays the violin “Leduc, ex-Szeryng” by Giuseppe Guarneri del Gesù of 1744, generously loaned by a patron through the Tarisio Trust.