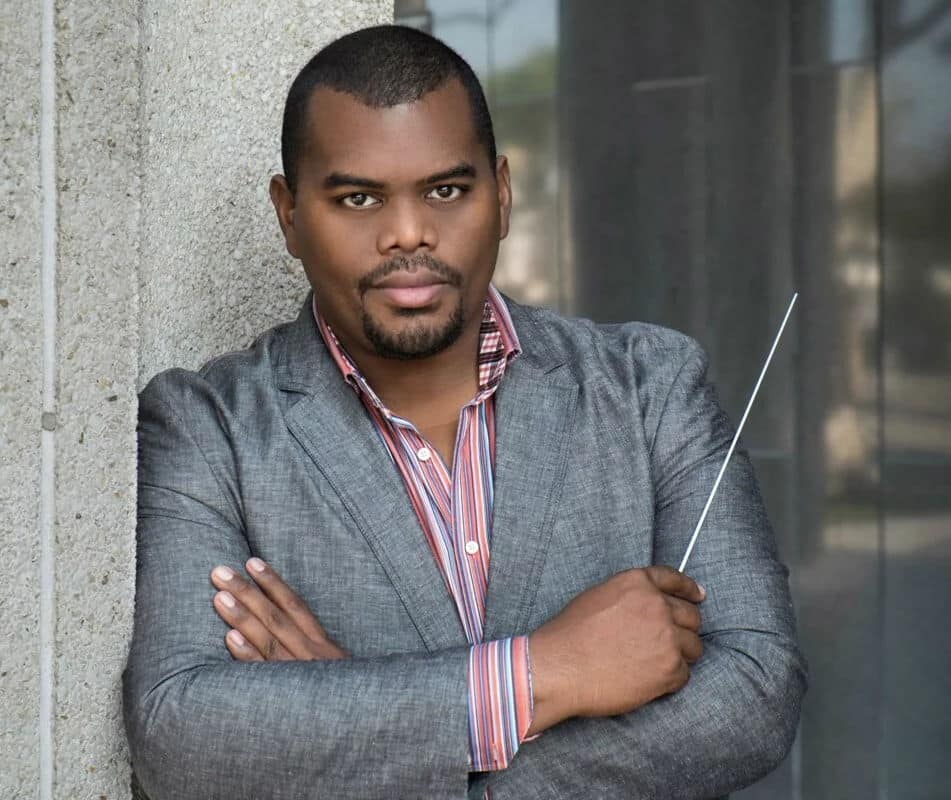 American conductor, Anthony Parnther, has forged a singularly unique career that melds his love for the music of all genres with his prowess as a conductor, producer, bassoon soloist, recording artist, opera singer, storyteller, comedian, voice-over artist, and activist.

In the 2021-22 season, Anthony will premiere Kris Bowers' Concerto for Horn with the Los Angeles Philharmonic and Tamar-kali Brown's We Hold These Truths with the Los Angeles Opera. Anthony will also lead the Long Beach Opera as they record Anthony Davis' Pulitzer Prize-winning opera The Central Park Five. In April of 2022, he will lead the Gateways Festival Orchestra at Carnegie Hall as they premiere I Can for Piano and Orchestra, composed by and featuring Oscar and Grammy-winning Jon Batiste.

On the scoring stages of Los Angeles, London, Nashville, Budapest, and San Francisco, Anthony has led and conducted recording sessions for many of the top international feature films, television series, and video game franchises in the world.

Recent films include Black Panther: Wakanda Forever, Avatar: The Way of Water, Tenet, Ghostbusters: Afterlife, The Adam Project, Slumberland, The Way Back, Cheaper By The Dozen, Lost City, Little, The Hunt. He has conducted the scoring sessions for animated features Encanto, Turning Red, Ice Age: Adventures of Buck Wild, Diaries of a Wimpy Kid: Roderick Rules. His television series credits include Star Wars: The Mandalorian, Star Wars: Book of Boba Fett, Fargo, The Night Of, 4400. He led the sessions for video games League of Legends, The Lamplighters League, Guild Wars, and animated series like American Dad, Arcane, and many more.