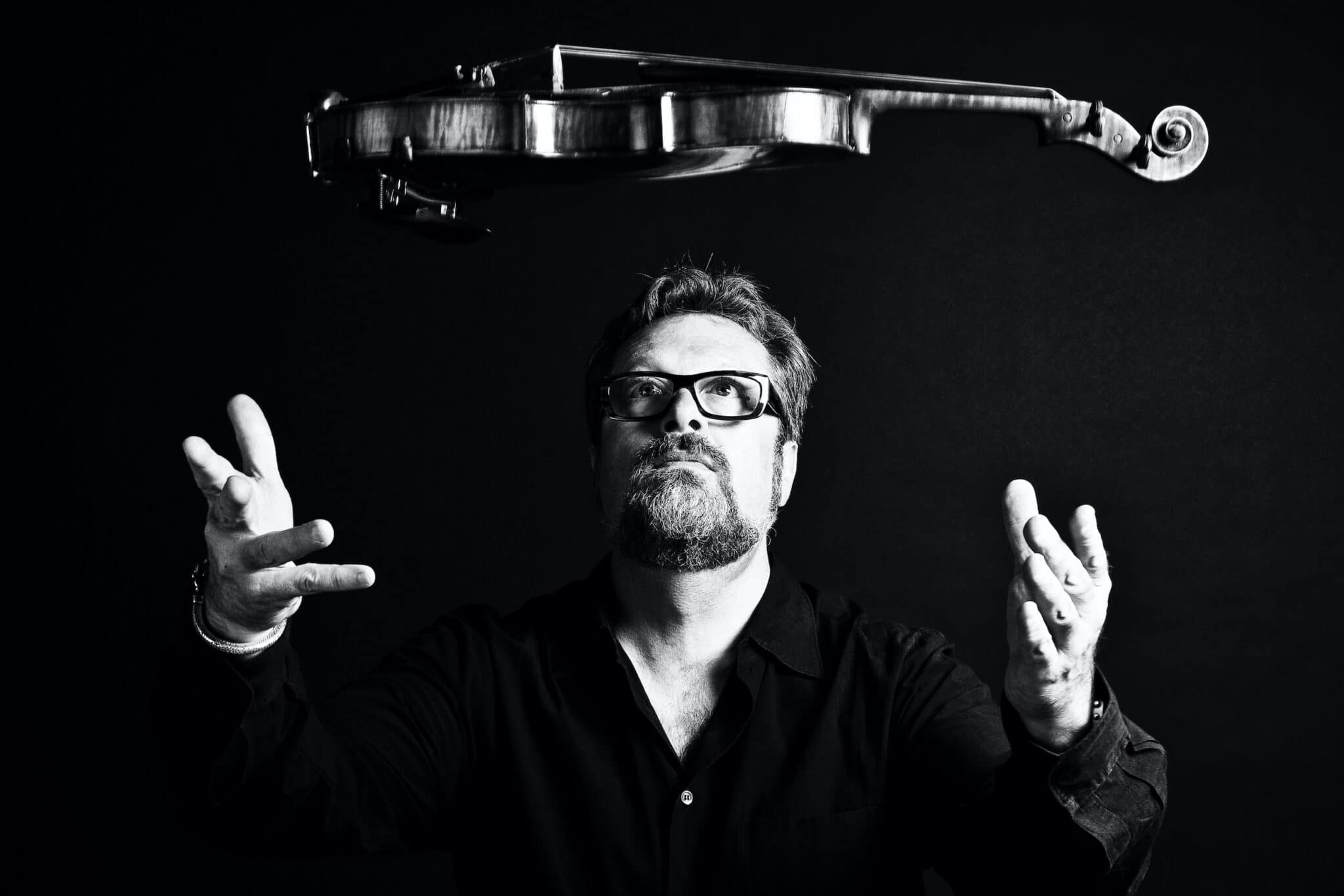 Todd Reynolds, violinist, composer, educator, and technologist, is known as one of the founding fathers of the hybrid-musician movement and one of the most active and versatile proponents of what he calls ‘present music.’  The violinist of choice for Steve Reich, Meredith Monk, Bang on a Can, and a founder of the string quartet known as Ethel, his compositional and performance style is a hybrid of old and new technology, multi-disciplinary aesthetic and pan-genre composition and improvisation. Reynolds’ music has been called “a charming, multi-mood extravaganza, playful like Milhaud, but hard-edged like Hendrix” (Strings Magazine), and his countless premieres and performances of everything from classical music to Jazz to Rock‘n’Roll seem to redefine the concert hall and underground club as undeniably and unavoidably intertwined.  He has just released his double CD set, Outerborough  on Innova Recordings, featuring InSide, a collection of his own music, paired with OutSide, music written by a veritable who’s who of contemporary composers.

Reynolds is a founder of the band known as Ethel, a critically acclaimed amplified string quartet, with whom he wrote and toured internationally for seven years. He has also produced Still Life With Microphone, an ongoing theater piece which incorporates his own written and improvised music, compositions written for him, and elements of video and theatrical arts.   Nuove Uova [new eggs], new works for violin and electricity, another Todd Reynolds production is a ‘new-music cabaret’ of sorts, having as its home Joe’s Pub in Manhattan. The Todd Reynolds String Quartet and Typical Music, an avant piano trio featuring Ashley Bathgate and Vicky Chow from the Bang on a Can All-Stars, continue to commission, perform and record music from Contemporary Music’s brightest stars.