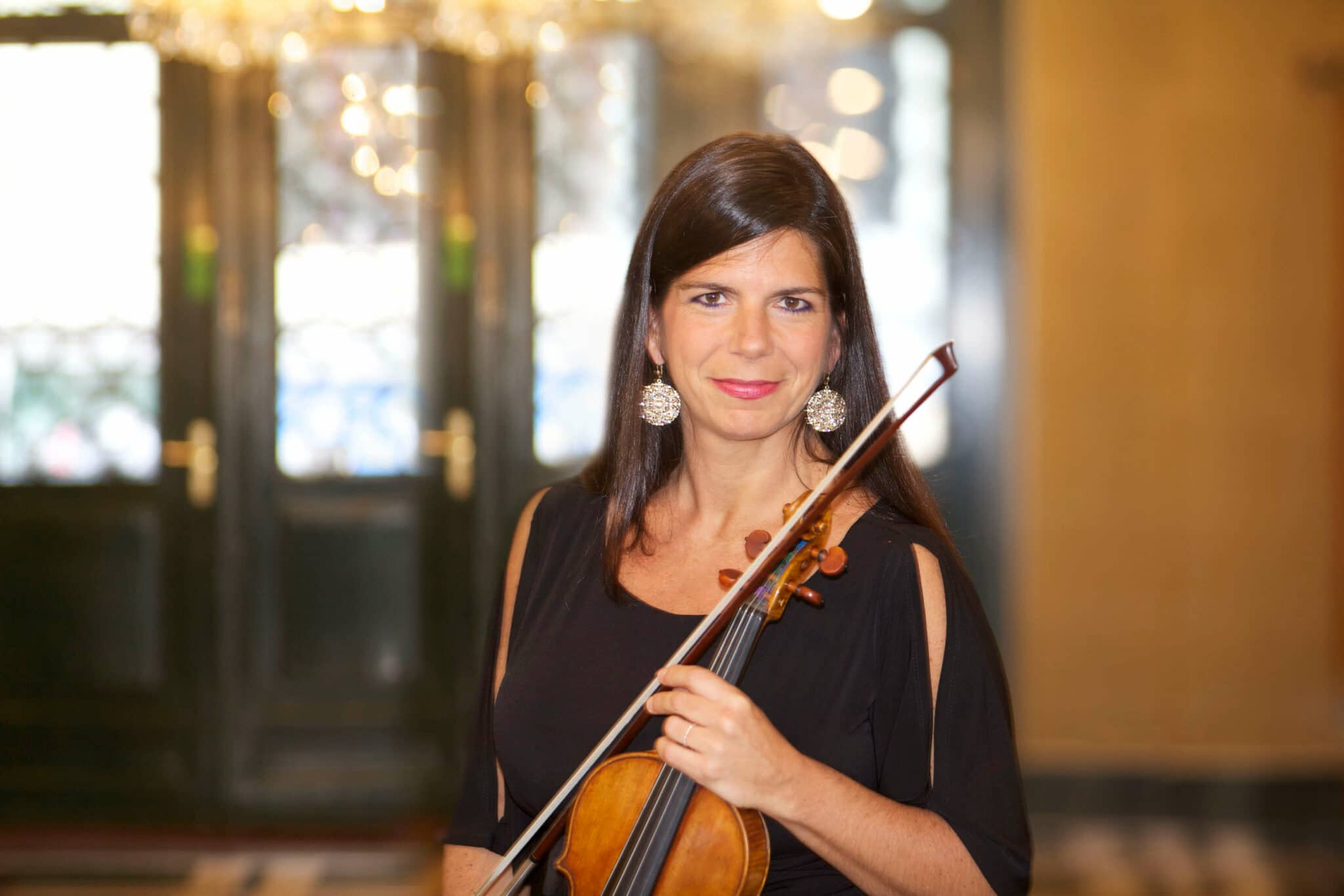 American violinist Pamela Frank has established an outstanding international reputation across an unusually varied range of performing activity. In addition to her extensive schedule of engagements with prestigious orchestras throughout the world and her recitals on the leading concert stages, she is regularly sought after as a chamber music partner by today’s most distinguished soloists and ensembles. The breadth of this accomplishment and her consistently high level of musicianship were recognized in 1999 with the Avery Fisher Prize, one of the highest honors given to American instrumentalists.

Her passion for chamber music continues to find a variety of outlets. Her frequent collaborators, drawn from a large group of chamber music colleagues, include Yo-Yo Ma and Tabea Zimmermann. For many years she took part in the Marlboro Festival in Vermont as well as the subsequent Music from Marlboro tours. Ms. Frank has also participated in several of the Isaac Stern chamber music seminars at Carnegie Hall and the Jerusalem Music Centre as part of a group of performer-colleagues assisting Mr. Stern. Ms. Frank also took part in the Leon Fleisher classes at Carnegie Hall, as well as her own, when they were ongoing.