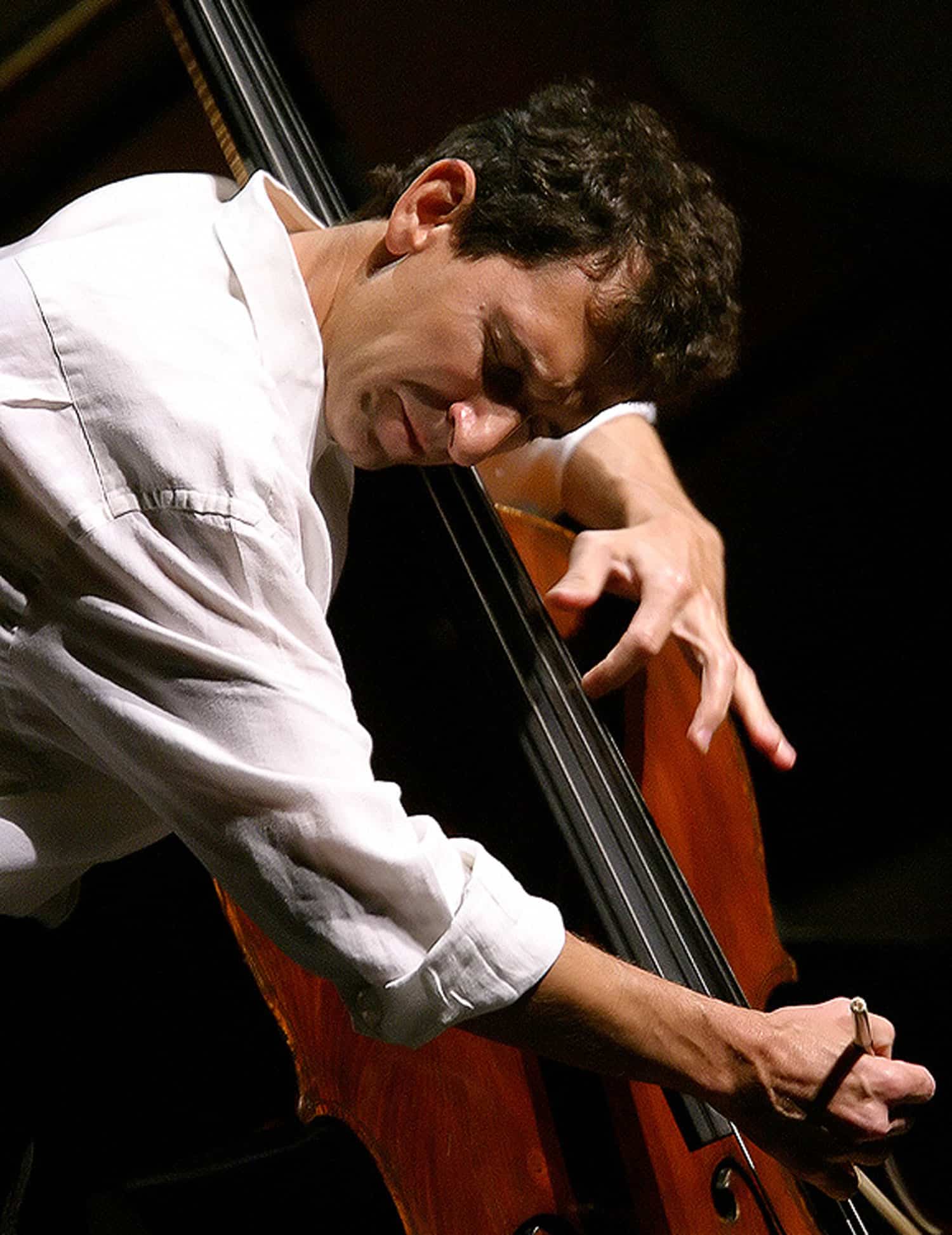 An internationally recognized double bass soloist, chamber musician, and recording artist, Nico Abondolo was appointed principal double bass of the Los Angeles Chamber Orchestra during the 2011-12 season. He made his debut at age 14 with the Los Angeles Philharmonic and in 1983 became the first double bassist to win first place in the International Competition for Musical Performers in Geneva, Switzerland. He has since appeared with orchestras and in recital throughout the United States and Europe.

Mr. Abondolo regularly performs chamber music at the La Jolla Music Society SummerFest and the Ojai and St. Barts festivals, and with the experimental chamber ensemble Concert Nova. Recent highlights include performances of Stravinsky’s L’histoire du soldat under Esa-Pekka Salonen, Schubert’s Trout Quintet with the Brentano String Quartet, John Adams’ Shaker Loops, and Tan Dun’s Quintet, the latter two with the composers conducting. He has appeared with the Chamber Music Society of Lincoln Center and has toured with the Chamber Orchestra of Europe under Claudio Abbado, Sir Georg Solti, and Lorin Maazel.

Mr. Abondolo has premiered solo works by Sofia Gubaidulina and Henry Brant, and has received composition commissions from Concert Nova and Chamber Music Unbound. He was the double bassist for the New York-based ensemble Continuum and for eight seasons served as principal bass for San Francisco’s Grammy-nominated New Century Chamber Orchestra. He has composed for several New York and West Coast dance companies, performing with them at Jacob’s Pillow Dance Festival, the Merce Cunningham Studio, and the La MaMa Experimental Theatre (New York). He was the composer for two PBS documentaries, “Half the Sky”, and “A Path Appears”. He has also served as principal bass for many motion picture composers, including John Williams, Hans Zimmer, Alan Silvestri, and Thomas Newman.

Maintaining a busy schedule of masterclasses at music schools throughout the country, Mr. Abondolo is currently on the faculty of Westmont College, and previously was a faculty member at the USC Thornton School of Music and UC Santa Barbara. He studied with Dennis Trembly, Peter Mercurio, and Gábor Rejt at USC; David Walter and Albert Fuller at The Juilliard School; and Franco Petracchi in Italy.