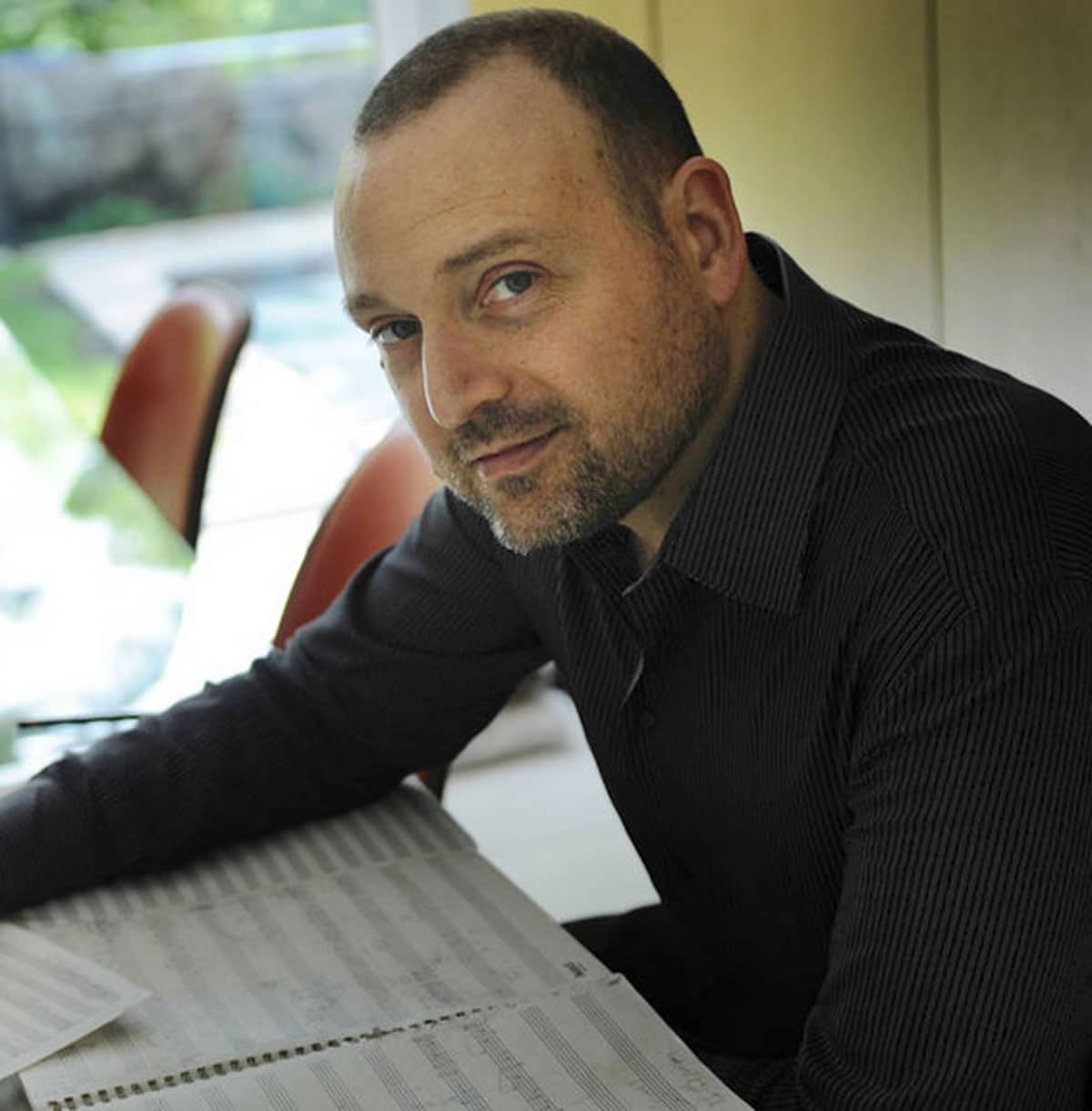 Composer and clarinetist Derek Bermel has been internationally recognized for his creativity, theatricality, and virtuosity. Bermel is acclaimed for music that is “intricate, witty, clear-spoken, tender, and extraordinarily beautiful [and] covers an amazing amount of ground, from the West African rhythms of Dust Dances to the Bulgarian folk strains of Thracian Echoes, to the shimmering harmonic splendor of Elixir. In the hands of a composer less assured, all that globe-trotting would seem like affectation; Bermel makes it an artistic imperative."  (Joshua Kosman, San Francisco Chronicle). Bermel and his works have received the Alpert Award in the Arts, Rome Prize, Guggenheim and Fulbright Fellowships, the Trailblazer Award from the American Music Center, and the Academy Award from the American Academy of Arts and Letters.

Recordings of Bermel’s “unambiguously luscious” music (The New York Times), with the composer as clarinet soloist, have received two Grammy nominations: Migrations (Naxos, 2020) and Voices (BMOP, 2010). His Migration Series for jazz band and orchestra was acclaimed by Gramophone Magazine as “exciting, compelling attention from the very first bars… Bermel succeeds with Bernsteinian élan.” Bermel’s newly recorded orchestral work A Shout, a Whisper, and a Trace, noted for its “ideal balance of tenderness and raucousness, of stillness and intricate rhythms” (The Los Angeles Times), was cited as best of the year by The New York Times critic Anthony Tommasini for its “dizzying melting pot of folklike rhythms, droning tunes and pungent modernist harmonies, spiked with bursts of wailing jazz.”

Bermel’s studies of ethnomusicology and orchestration with Andre Hajdu in Jerusalem heralded his immersion in music of the world – traveling later to Bulgaria to study the Thracian folk style; to Dublin, to study uilleann pipes; to Ghana, to study the Lobi xylophone; and to Brazil, to learn caxixi – adding the study of Dutch, Portuguese, French and Italian along the way. Inevitably, his engagement with other musical cultures has become part of the fabric and force of his compositional language, in which the human voice and its myriad inflections play a leading role.

Through music, Bermel endeavors to tell lesser heard American epic tales. His Migration Series pays homage to the great American artist Jacob Lawrence and the masterful visual storytelling of his painting series of the same name. Bermel has collaborated with acclaimed writer and librettist Wendy S. Walters to create The Good Life, an oratorio depicting the evolution of an American industrial city, and Golden Motors, an opera about a family clinging to its dreams in the wake of Detroit’s collapsing auto industry. He has most recently joined forces with celebrated author Sandra Cisneros to adapt her renowned coming-of-age novel, The House on Mango Street, for the operatic stage.

From this world to another, Bermel’s multimedia work for live instruments and digital media, Nine Revolutions, is the latest entry in a series of works meditating on the cosmos. Originally designed for the immersive Octave9 space at the Seattle Symphony’s Benaroya Hall, Nine Revolutions is inspired by the imagery of Mars’ desert surface. Bermel’s other celestial pieces include Orbit Design, a work for three performers that depicts the three-body problem in celestial mechanics, commissioned for the Look and Listen Festival, and the clarinet quintet A Short History of the Universe (as related by Nima Arkani-Hamed) for the JACK Quartet.

Bermel brings his "brilliant," "rhythmically fluid, rich-hued" (New York Times) clarinet playing to concerto and chamber repertoire. He was soloist alongside Wynton Marsalis in his own Migration Series and has performed his clarinet concerto, Voices, with dozens of orchestras worldwide, including the Los Angeles Philharmonic and the BBC Orchestra. Founding Clarinetist of Music from Copland House, Bermel's chamber music appearances also include the Chamber Music Society of Lincoln Center, the Borromeo and Pacifica string quartets, and festivals across the United States, Europe, and Asia. His collaborators cover an eclectic musical landscape, from jazz luminaries Paquito D'Rivera and Luciana Souza, to virtuoso violinist Midori, to hip-hop legend Yasiin Bey (Mos Def), and composers Tan Dun, John Adams, and Stephen Sondheim. The Boston Globe wrote, "There doesn't seem to be anything that Bermel can't do with the clarinet."

Artistic Director of the American Composers Orchestra, Bermel is also curator of the Gamper Festival at the Bowdoin International Music Festival. He recently enjoyed a four-year tenure as artist-in-residence at the Institute for Advanced Study (IAS) in Princeton, and a year as Composer in Residence with the Seattle Symphony. An avid educator, Bermel mentors young composers through ACO’s many educational programs, including Earshot and the Jazz Composers Orchestra Institute, and directs the Copland House's CULTIVATE emerging composers institute. He also founded the New York Youth Symphony’s Composition Program, formerly known as Making Score. He has given masterclasses at conservatories and musical institutions around the world, and has led several workshops alongside frequent collaborators Wendy S. Walters and S. Ama Wray.