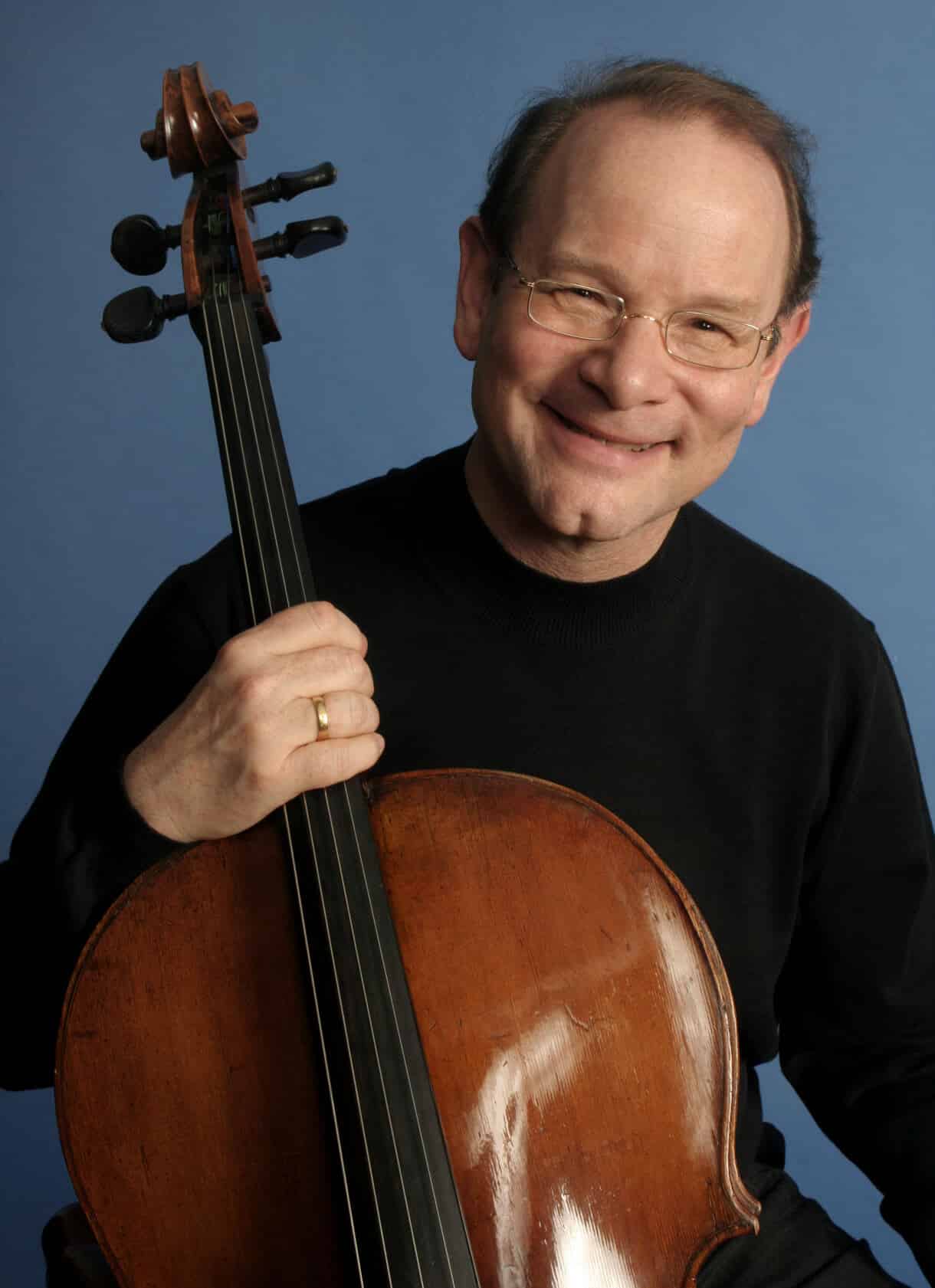 David Geber had his early musical training in Los Angeles, where he was raised in a family of professional cellists.  He holds undergraduate and graduate degrees from The Juilliard School.  Mr. Geber has been recipient of numerous cello and chamber music awards, including the Walter W. Naumburg Award and the Coleman Chamber Music Prize.  He has appeared as soloist at Tanglewood Music Center and Aspen Music Festival, as well as with the Philadelphia Orchestra, Montreal Symphony and New York Chamber Symphony.  A strong supporter of new music, he has premiered numerous works for cello and chamber ensembles.  As founding cellist of the American String Quartet, he concertized and recorded internationally with that ensemble for nearly thirty years, having given concerts in all 50 of the United States and playing up to 100 annual engagements.

Mr. Geber is a longtime cello and chamber music faculty member at Manhattan School of Music cello and served as a senior administrator of the school for 15 years.  In addition to being artist/faculty at Music Academy of the West, he maintains other festival relationships with National Arts Centre of Canada and Heifetz Institute. Prior festival posts have included Aspen Music Festival & School, Meadowmount School of Music and Tanglewood Music Center. He is also an exclusive, worldwide artist/representative for Jargar Strings.

Mr. Geber has recorded for Albany Records, Capstone Records, CRI, Musical Heritage Society, New World Records, Nonesuch Records, and RCA.  He has served as adjudicator for major international string competitions including Bordeaux, Evian, Naumburg, Isang Yun and Coleman.  He is Vice President of both the Walter W. Naumburg Foundation (New York City) and American Friends of Kronberg Academy (Germany).  He plays a rare Ruggieri cello, made in Cremona in 1667.